Creating Aang from The Last Airbender in 5e 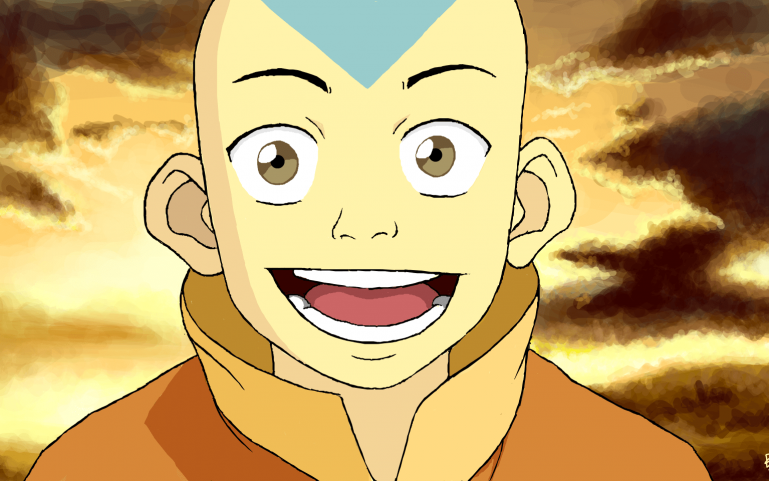 Like many kids in the early 2000s, I grew up loving Avatar: The Last Airbender. Like many adults that grew up in the early 2000s, I still love Avatar: The Last Airbender. The worldbuilding, story, and characters were so on point that 10 years after the show finished it is still one of the highest rated television shows on Rotten Tomatoes and IMDB.

I think one of the main successes behind Avatar: The Last Airbender was how they made all of the powers seem fun. Who wouldn’t want to ride on a ball of air, fly on a jet of fire, or slide down a hill on a boulder? Until some top tier VR comes out, we can only imagine what it would be like to actually control the elements. But with DnD 5e we can at least get to pretend we do!

I’ve wanted to create an Avatar: The Last Airbender since I first started playing DnD. One of my friends is coming into town for a while and will be running a higher level, short campaign so I figured now was as good a time as any.

To get the right balance of martial arts abilities and Element Bending I decided to multiclass a Way of the Four Elements Monk (3) and an Evocation Wizard (4).

Definitely the best species to take is Wood Elf. It gives Aang a +2 DEX and +1 WIS while also making him proficient in Perception and giving a boost to movement speed.

The main issues I ran into here was the fact that Aang will have to sink Ability Score points into DEX, WIS and INT. Having to dump CON is never a good thing but at least with the Monk’s Unarmoured Defense I was able to get a reasonable AC out of the whole affair. 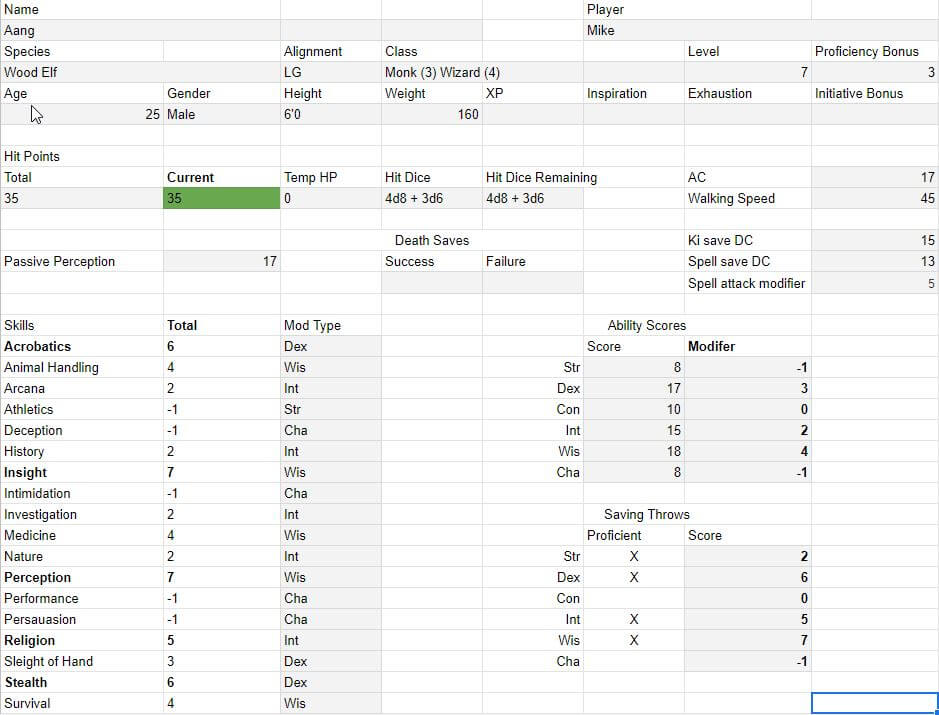 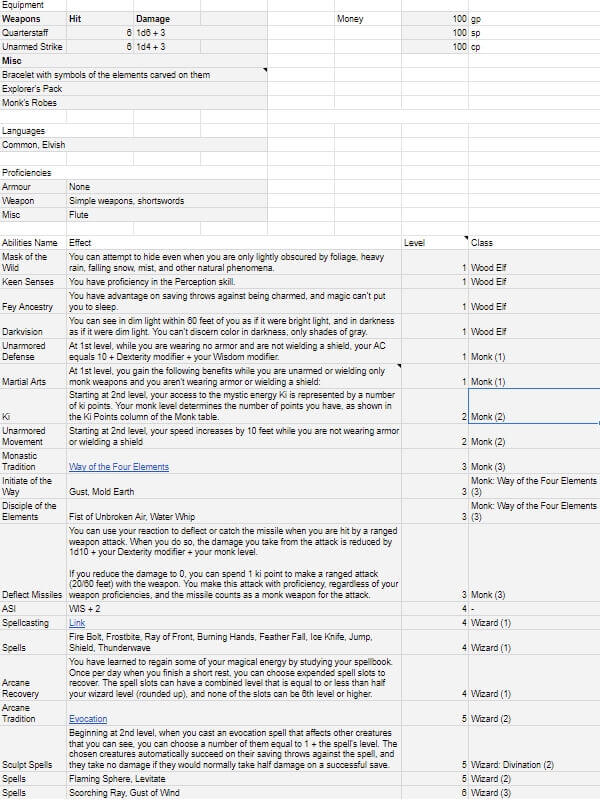 3 thoughts on “Creating Aang from The Last Airbender in 5e”