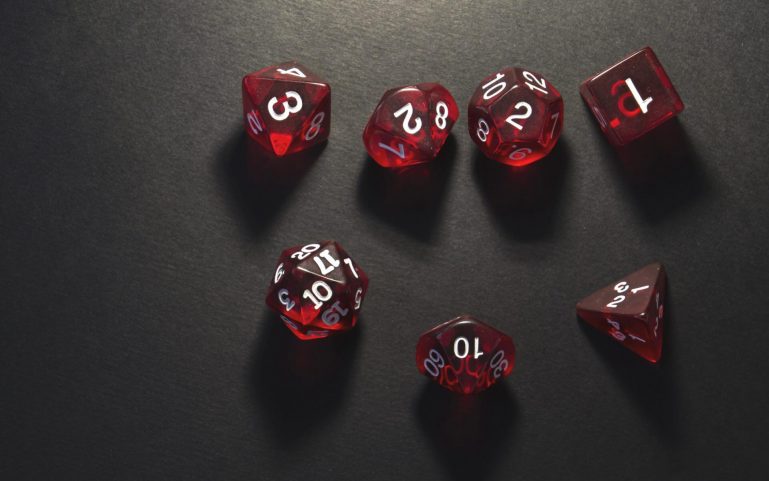 Combat is one of the 3 core mechanics in DnD and, when compared to RP and exploration, it is certainly the most rule intensive. Outside of combat, DnD is a very open world with unlimited possibilities and, while this is still somewhat true for combat, I like to picture the classic 1st Gen Pokemon Battle intro every time somebody says “roll initiative”.. 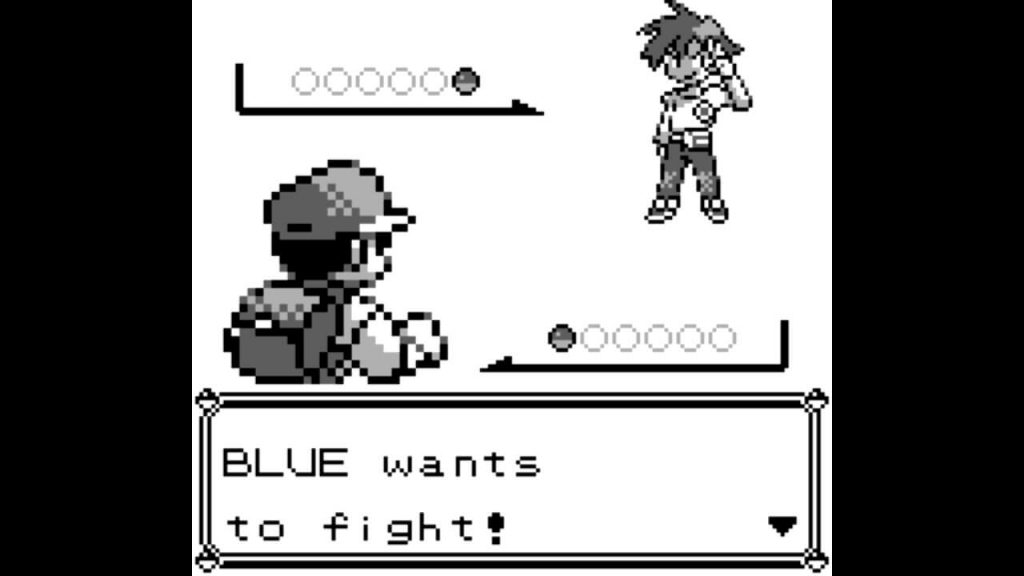 Now for people that haven’t played a Pokemon game before, what I mean by this is – going into combat immediately makes a roleplaying game into a turn based game. When players go into combat in DnD 5e, they have 3 actions: a movement, a standard action and a bonus action. Every character in every situation is going to have a myriad of options and all of those options have rules tied to them. Remembering these rules (or completely forgetting them and having to look them up) can take time and the more time that is spent here increases the chance of players becoming disinterested with the encounter.

My job in this article is to make your life easier when it comes to tracking initiative and managing combat in DnD 5e. Now that we all have the Pokemon fight music playing in our head, let’s find out what the best initiative tracker is.

An Initiative Tracker is something to help you keep track of who goes where in initiative. Simple right? Well, it can be but some initiative trackers are going to be better than others.

In this article, we are going to be rating our choices off the following criteria:

Cost – Pretty easy, how much does this initiative tracker cost?

Ease of Use – Again, easy. How easy is it to use the initiative tracker?

Features – This one is a bit tricky. All of these trackers are going to have different features. I will be listing which initiative trackers have which features and will be giving my personal opinion. You may weight certain features differently. 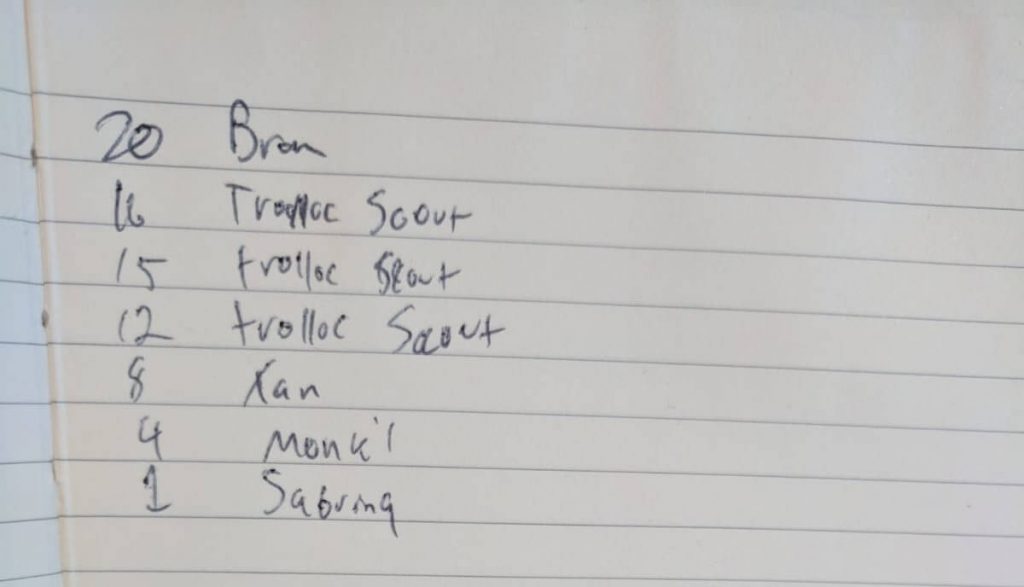 Since the dawn of DnD, people have been using pen and paper to track initiative. The process is simple:

Easily the simplest way to track initiative but also the most featureless.

I personally don’t like using pen and paper for tracking initiative as I don’t love the waste and tend to use my laptop for notes, books and music anyways so I like to have everything in one place.

Here are my scores of Pen and Paper:

Cost – 9/10
Maybe $5 for a notepad? You’ve gotta have some pens/pencils lying around.

I personally use Google Drive for everything DnD. I have spreadsheets of random encounters, wild magic surges, magical items, shop inventories, character sheets, character backstory templates, I could go on all day.

Naturally, the first place I looked after pen and paper was a Google Sheet, you can check out the template I created here:

This initiative tracker allows you to list your players and NPC/monsters, their initiative, AC, HP and any notes such as conditions or movement. I have found this awesome for a couple of reasons:

With this in mind, here are my scores for the Google Sheets Initiative Tracker:

Ease of Use – 10/10
There isn’t really much technical know-how required to run this.

Features – 5/10
Nothing crazy in terms of features. I like being able to sort and I like the fact that you can reuse the template to speed up having to enter PC information.

Hero Muster has an Encounter builder that lets you add your PCs and NPCs, search for Monster from the Monster Manual and run an encounter based on your chosen factors.

While the UI for adding players, NPCs and Monsters is less than ideal, the end result is undeniably awesome. Being able to see all of the encounter’s members, track their conditions, add notes, and see stat sheets for each participant all on one screen is wicked. Spending the time to set up your campaign in this system is definitely worth it and you will be rewarded by seamless, fast paced initiative.

Ease of Use – 4/10
Getting to know the system is pretty tough. Even after using it for a number of sessions I still find myself struggling to figure out the UI.

Features – 8/10
Full stat sheets for custom NPCs and monsters? Addable conditions straight from the DMG? This thing is outfitted with just about everything you can ask for.

Not only does it have all of the features that Hero Muster boasts (addable characters, custom NPCs and monsters, and all monster stats from the MM) but it actually has more and with a better UI to boot. Here are some of the things you get with Improved Initiative:

Before I start to sound like a paid advertisement from Improved Initiative (I’m not, by the way), I’m going to leave it there.

The one downside is, like Hero Muster, Improved Initiative is tied to your computer and browser. To get around this you can download your account’s JSON file by going to Settings > Account > “Export your user data as JSON file”. Once you have this file, store is somewhere like Dropbox or Google Drive and when you need to use it again just go back to Settings > Account > “Replace your user data by uploading a JSON file”. Unlike Hero Muster there is an option to allow account sync by subbing to their Patreon.

Cost – 10/10 Free or 6/10 Account Sync
The system is free to use if you want to go through the process of exporting/importing data every time. If not, $1/month is certainly not bad for the awesome value this tool provides. You can also customize your player view with Custom Styles and Combatant Portrait for $5/month.

Ease of Use – 6/10
While the systems UI is much easier to handle than Hero Muster there will still be a learning curve and some time you have to take to import your campaign’s information.

Features – 11/10
This tool is so chock full of awesome features it is ridiculous.

The biggest draw of using tools from D&D Beyond is that they will be natively integrated with other content you have access to on the site. If your players have added their character sheets to a campaign you host, adding them to an encounter is possible with the push of a button. If you purchase any of the official adventures, the bosses and other unique creatures found within are automatically available to be added to an encounter. This completely negates the issue that other initiative trackers face where characters and many creatures from official adventures must be created manually.

It’s not all sunshine and rainbows though. Some basic features are still missing, like changing the initiative order while running an encounter. There are also some pretty obvious oversights, such as character HP values not carrying over to the tracker automatically when integrated with a campaign.

The scores below will be adjusted accordingly as more features are rolled out and issues are addressed.

Cost – 1/10
Buying sourcebooks, adventures, and a subscription can be a tough pill to swallow. If you are not already invested in the D&D Beyond ecosystem this is a hard sell.

Ease of Use – 9/10
Not only is it aesthetically pleasing, it is intuitive and easy to use. Filters make it easy to search for monsters or for encounters you have created for different campaigns. The official artwork and tooltips are the icing on the cake.

Features – 5/10
There are some amazing features here, namely campaign integration, that are only possible because D&D Beyond is an official toolset for Dungeons & Dragons. However, in their current state, D&D Beyond’s Encounter Builder and especially the Combat Tracker still leave something to be desired when compared to other tools that are out there.

So that’s it. There are tons of Initiative Trackers for D&D 5e out there but, based on our experience, these are the ones you’re going to be using most of the time.

Hope you liked the article!  If you have an Initiative Tracker that you particularly love you can leave a comment down below or shoot us an email at wizards@arcaneeye.com. If you like our content subscribe to Arcane Eye!