A character is only as good as their backstory. But, even the best of backstories can be overlooked or ignored if it’s not presented to your DM in a digestible, easy to use format. 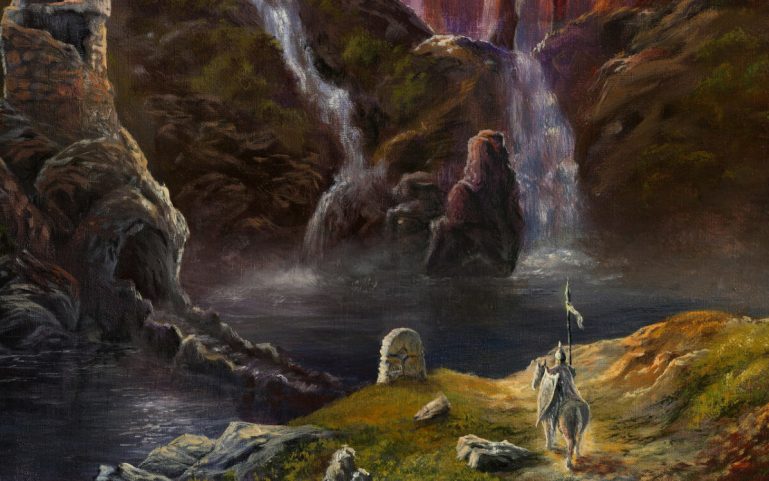 Having established character backstories is a crucial part for any DnD campaign, whether it’s one of the published D&D Adventures or a homebrewed campaign.

What is a Character Backstory?

Every DnD character has a story, even before the campaign starts. A backstory tells the tale of your hero as they grew up and became the adventurer they are today. The official WotC Character Sheet has a couple of different sections that delve into a character’s motivation. These are:

Seems simple enough, right? Well, actually it is, but I think we can do a lot better.

I personally don’t like the way WotC has approached the character backstory on their official sheets. It feels sterile and neglected. I also disagree with the approach of splitting a character’s traits, bonds, flaws and appearance away from their backstory. In my opinion, a character’s backstory will dictate their bonds, ideals, flaws, and personality traits. It is the events that have transpired in their past that have shaped everything about them, all the way down to their appearance..

Why is a Character Backstory Important?

Character backstories are so important because they give a player a baseline for their actions. Knowing how your character will react to certain situations is crucial for building a character that is more deep than “go here, kill that”.

If you think back to any form of fiction or non-fiction you’ve truly loved, you will find that it is because the creators of that piece have made you feel emotions. Whether you are laughing at the hero making a bad decision, crying that a character you loved has died, or angry at the villain of the story, these emotions have brought you closer to the story and have caused you to become invested.

Creating a character backstory allows you to feel your character’s emotions and become invested in their story. This in turn will help your DM create more interesting plot hooks and encounters which will create a cycle of awesomeness for your DnD Campaign.

So what are you waiting for? Sit down with a pen and paper and outline your character’s entire past right down to what they had for breakfast the morning before their mom’s birthday 6 years ago!

While fleshed out character backstories are imperative, you need to make sure the story of your character is presented to your DM in a digestible, easy to use format or you run the risk of it not getting incorporated.

If you were to write a novel on your character’s history, you could run a serious chance of not meshing well with the DM’s story. A rule of thumb is to always get your DM involved before setting anything about your character in stone.

You also need to make sure the backstory you are giving your DM is easy to use when weaving a story around your party members.

A redditor named jimbaby introduced the idea of an effective character backstory having “knives”.

In their post about the Knife Theory they say:

“Knives are essentially anything that the DM can use to raise the stakes of a situation for your character. Anything that can make a conflict personal, like a threatened loved one or the appearance of a sudden enemy. They’re called “knives” because the players lovingly forge them and present them to the DM so that the DM can use them to stab the player over and over again.”

An effective character backstory will have some knives (jimbaby suggests around 7) so that DM’s can raise the stakes for their players. These knives include but are not limited to:

You get the point.

Now you may be wondering: “Well this is awesome! Now all I need is a clear, concise outline in which to frame my character’s backstory that helps me include easy to use information for my DM and a certain amount of knives to up the stakes for my character!”

At Arcane Eye, we developed a fillable PDF character backstory template for both DMs and players to use. It is formulated in a way to gather structured responses from players that will be actionable on a story-writing and Role-Playing level.

or if you’re like me and use Google Docs for everything you can find the template here. To make your own copy just go to File > Make a Copy. 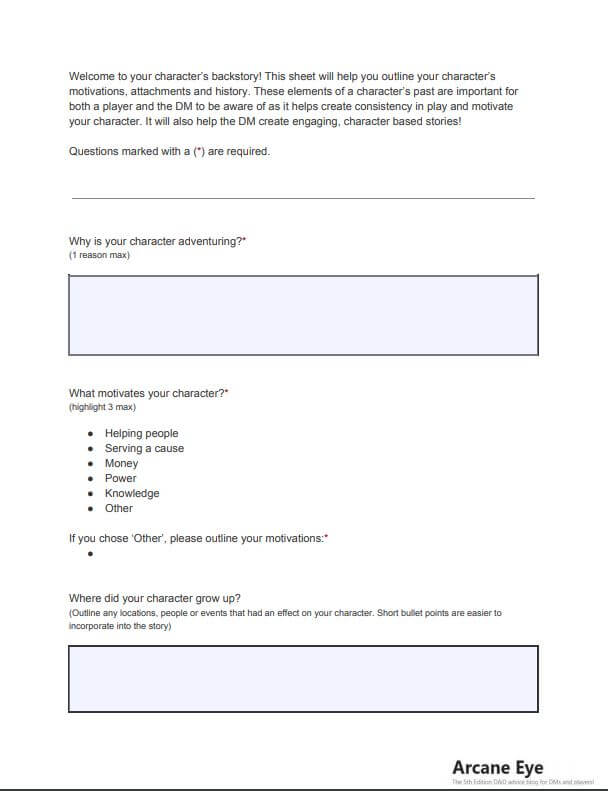 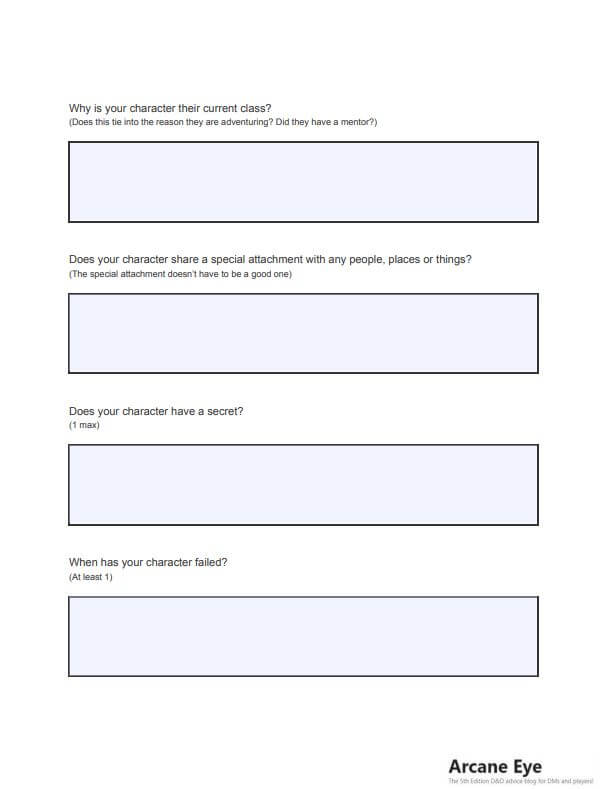 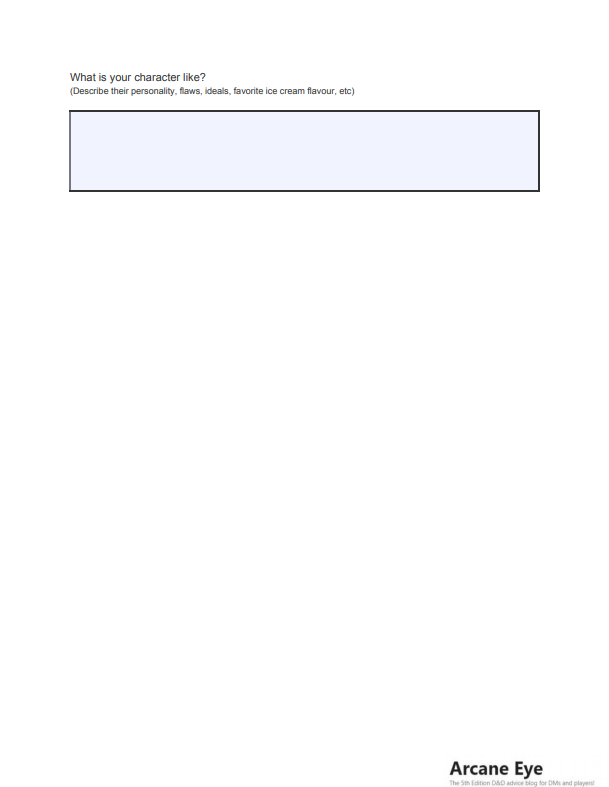