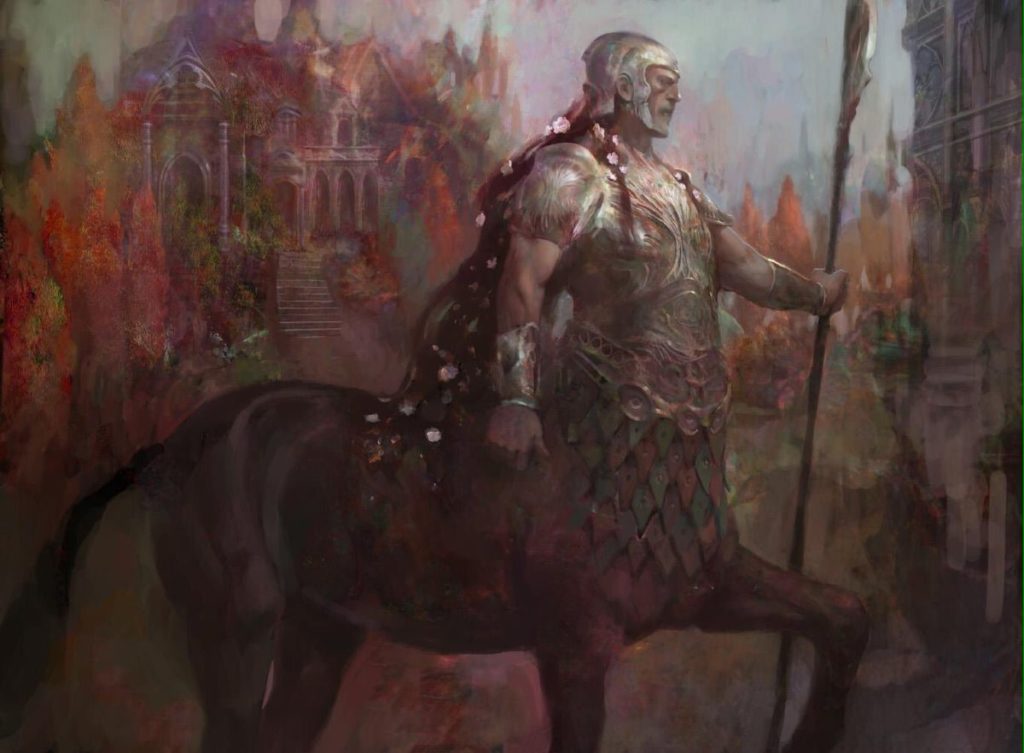 This guide is meant to give you an idea of whether or not the centaur will be right for your 5e character build.

The color code below has been implemented to help you identify, at a glance, how good that option will be for your centaur. This color coding isn’t a hard and fast rule; there are plenty of sub-optimized options out there that will be viable to your party and will be fun to play.

What are Centaur in 5e?

Centaur are half-human, half-horse creatures. They are considered fey instead of humanoid and tend to revere nature in all of its forms.

Ability Score Increase: +2 STR, +1 WIS is a fairly rare ability score, but it isn’t necessarily a sought after one. Most WIS based casters use DEX as their attack and AC modifiers.

Age: Aging at the same rate as humans is pretty standard.

Alignment:  Neutral alignment is less cut and dry than Good and Chaotic

Speed: 40ft is the best walking movement speed out of any race.

Fey: Being the fey creature type allows you to avoid some pretty nasty spells, like Hold and Dominate Person. You are more susceptible to other spells, like Hallow and Protection from Evil and Good, but these aren’t as bad as the spells you gain immunity to.

Charge: This ability will likely net you a bonus attack with your Hooves at least once per encounter.

Equine Build: The extra carrying capacity is nice, but the restrictions to climbing are very tough to navigate.

Survivor: None of these skills are particularly useful, but a free proficiency in survival could help a Ranger or Druid.

In the Monsters of the Multiverse update, centaurs are basically the same as they were originally. The only real change is the free ASI choices and a slight buff to the natural weapon damage.

Charge: This is the same as the original centaur, but slightly improved due to the increased damage of the hooves.

Equine Build: This is the same as the original centaur.

Hooves: Unarmed options have received a buff from the typical 1d4 + STR to 1d6 + STR. While this isn’t going to be a huge change for most builds, it can certainly make the option more attractive for two-weapon or offhand builds.

Natural Affinity: This trait has just been renamed from the original centaur’s Survivor. None of these skills are particularly useful, but a free proficiency in survival could help a ranger or druid.

Which 5e Classes Work With Centaur?

Artificer: Nothing here for an artificer.

Barbarian: The +2 to STR and the Charge ability are perfect for barbarians.

Bard: Nothing here for a bard.

Fighter: The +2 to STR and the Charge ability are perfect for fighters.

Monk: Nothing here for a monk.

Paladin: The +2 to STR and the Charge ability are perfect for paladins.

Ranger: Viable for that elusive STR-based melee ranger, but won't be a good choice otherwise.

Rogue: Nothing here for a rogue.

Sorcerer: Nothing here for a sorcerer.

Warlock: Nothing here for a warlock.

Wizard: Nothing here for a wizard.