How to Create Awesome Cities For Your D&D Campaign 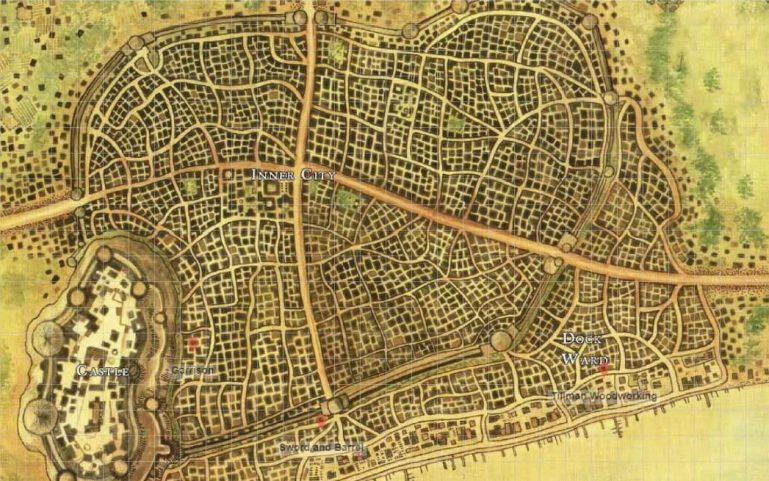 Cities will eventually become a part of just about every campaign. Cities are important to D&D campaigns because they are centers of population, so naturally, they would be where players would go to do things such as seek out information, buy or sell items, and meet powerful figures in the political landscape.

Cities are typically daunting tasks for DMs to prep because of how much is going on in any city at a given time. If your players are off wandering the wilderness or crawling through a dungeon, you could get away with having a couple of random encounters planned and let the players do the rest. However, cities are full of NPCs and things to interact with. If your player wants to go find a Thieves’ Guild or talk to the ruler of the city and you haven’t planned for it, you could get into some flustered improvisation.

This guide is going to tackle how you can go about creating cities for your game in the most effective way possible so you don’t have to be stressed out by the sheer thought of taking your players to a populated area.

In this article, we will be referring to “cities” a lot. This will be used as a general term to encompass small villages all the way up to a metropolis.

Figuring out the city’s purpose is the single most important thing you can do when planning a city. Before you write down which shops are going to be available or the punny name of the tavern, make sure you know full and well what your city is accomplishing.

Is your city just a rest stop on a larger road trip? Is your city going to be attacked by a dragon? Starting with why will ensure you are able to include the right pieces in your city’s preparation and not get sidetracked writing a quest hook for each NPC.

Geography is important when it comes to cities. Even in today’s day and age, most major populated areas are close to a water source and are located on major trade routes. It’s hard to have a massive number of people together when there is no water and no way to get food.

Another thing to take into consideration are the ramifications of your campaign’s events on the city.

If your campaign focuses around a dark lord amassing an army to overthrow the current political system, it will likely have noticeable impacts on the general population. Maybe the city is packed with refugees because the countryside is no longer safe? Would the city have enough space and food stores for the increased demands of its people?

Acknowledging the outside factors influencing the city will make it feel more alive and reactive to the world around it, which will enhance immersiveness and will make the players’ time in the city feel more genuine.

Now that we have a macro understanding of our city, we have to start looking inside the city walls and figure out how the population would be reacting to the external factors it is faced with.

Using the example from before, let’s say that a dark lord’s army has forced village folk out of their homes and behind the walls of a stronghold. Due to the unexpected rise in population, there are too many mouths to feed and not enough food to go around.

This will likely cause a number of things to happen within your city:

As you can see, once you have determined the purpose, the internal factors, and the external factors of a city, the city’s specifics almost right themselves.

Now that you have the broad strokes of your city, you have to figure out how you will actually be running the city.

Take a look at the purpose of your city. If the city is meant to be a quick pit stop, then don’t bog yourself down with a map. Make sure you have some shops and their inventories prepared, as well as a tavern or two and you should be good to go.

If the purpose of your city is to function as a major plot device and you plan for your party to spend a significant amount of time there, it would be worthwhile to create a layout for your site along with some other pertinent information.

The redditor u/famoushippopotamus introduced a great way to get started when building a dungeon in their post Dicing for Dungeons. I have modified their method to help you start planning the layout of your city.

The method involves gathering a handful of dice (or anything for that matter), applying meaning to that particular item, and then throwing it a sheet of paper.

First, what will our dice mean?

Now, how many of each dice should you use for different types of cities? 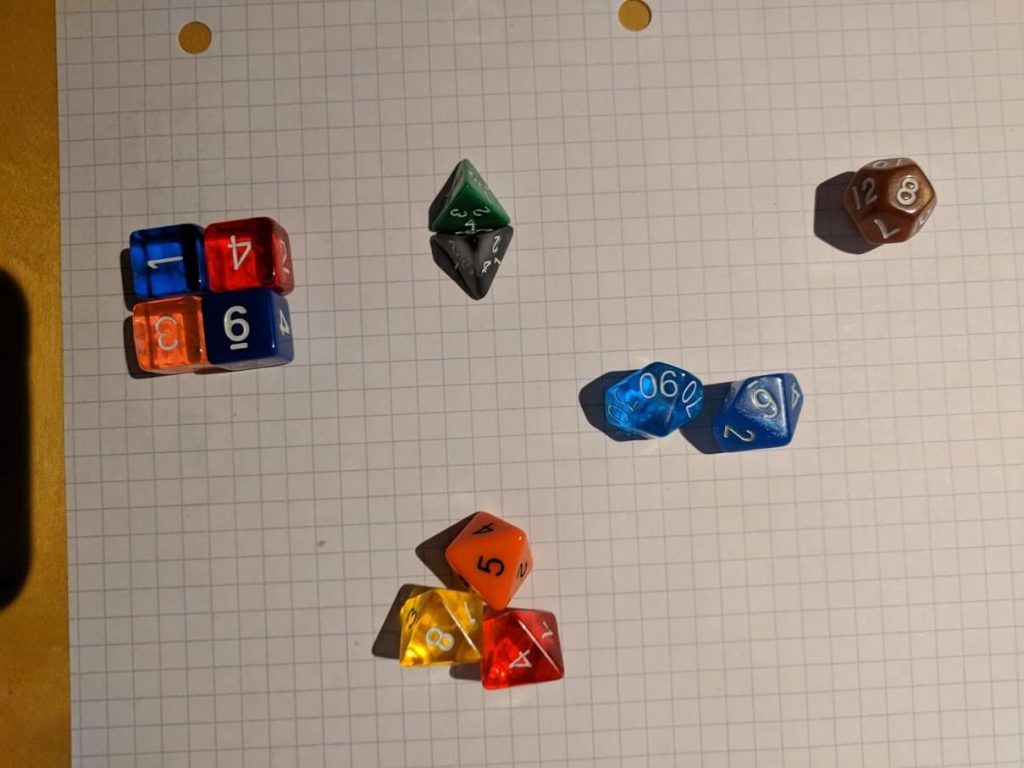 Once you get your handful of dice, paper, and pencil ready, you are good to go ahead and chuck the dice at the paper! 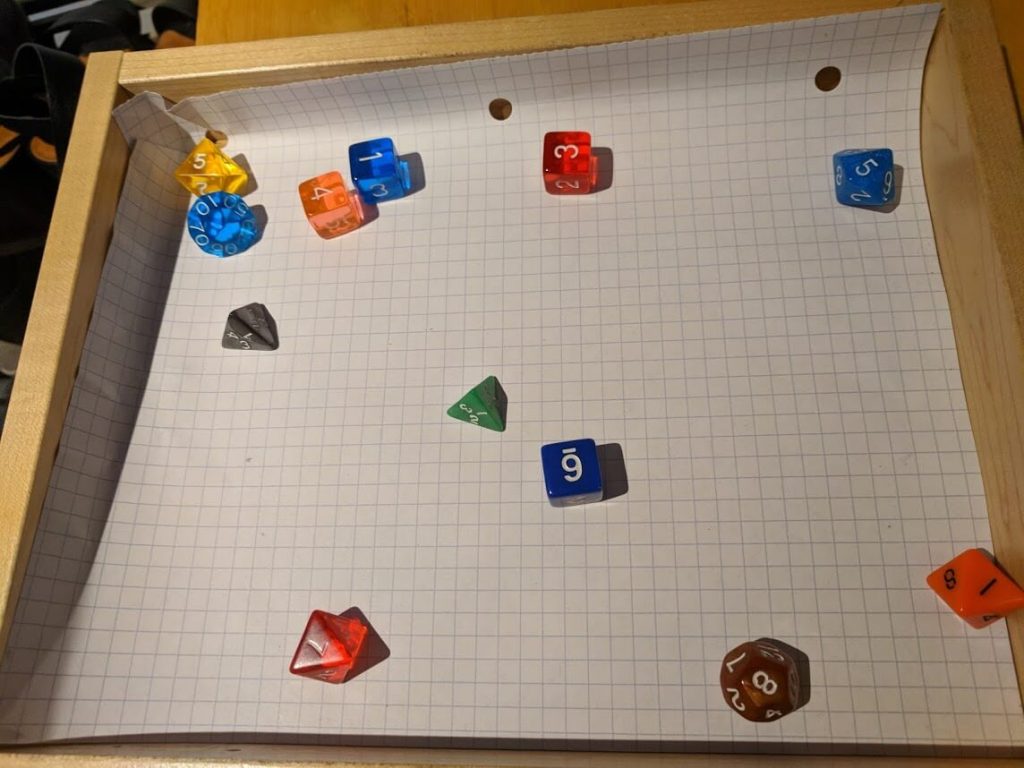 Then, outline and mark each dice: 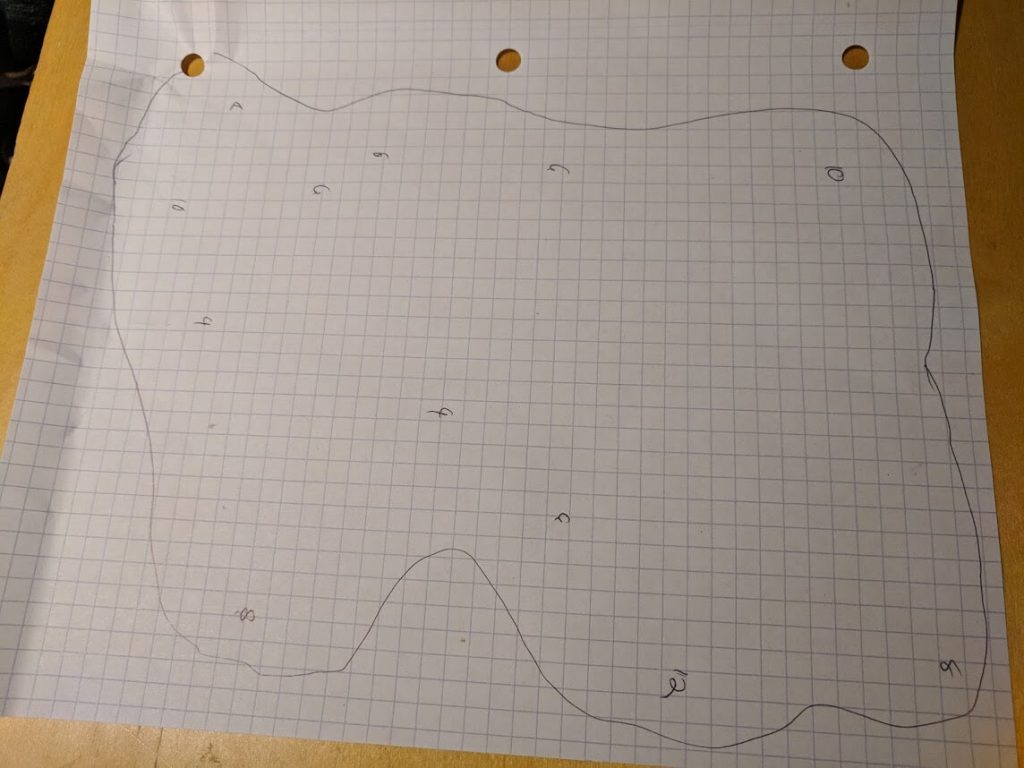 And you are all set with your initial city layout.

From here, you can finish your city off by hand or use some online programs to help make it a bit prettier such as Inkarnate or Watabou’s Medieval City Generator.

Tip: If you’re looking for shop inventories check out our spreadsheet Just About Everything You Can Sell in D&D 5e.

Cities can be a fun experience for everybody at your table. Being prepped with things your players can do, places they can go, and things they can see is all well and good, but the most important thing you can do when running your city is to make sure to “Yes, and…” your players.

“Yes, and…” is a crucial aspect in improv comedy and has made its way to D&D with the resurgence of roleplay as a major aspect of 5E. If your players want to plan an elaborate heist on the crime boss you introduced, it is important to allow your players to follow through with their decisions. Railroading your players into specific storylines or the resolution to those storylines really takes the “collective” out of “collective storytelling”, and can turn into a bad experience for all those involved.

Staying flexible with your plans for cities is exactly the reason we started broad and worked our way down into the minutiae aspects of the city. Starting with why your city exists and outlining the external and internal factors that are affecting your city will give you an understanding of how things will work, even if they go off track.