A Guide to Building Encounters in D&D 5e 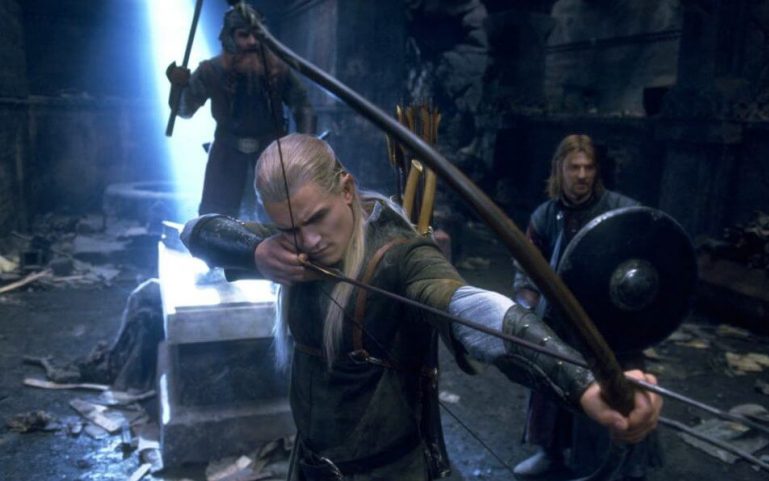 What is an Encounter in D&D?

While some encounters may be focused around stealth-based missions or skill challenges, in this article we will be sticking to combat encounters in which our players are entering initiative with other monsters or NPCs.

This article is meant to provide a number of encounter building guidelines in order to keep your players engaged, tax their resources, and make them think outside the box.

1. Know How to Use Challenge Rating (CR)

“CR is imprecise, and any precision it has diminishes the higher the character level”
– Chris Sims, D&D Monster Manual developer

What is Challenge Rating?

Challenge Rating (CR) is a way D&D 5e represents the difficulty a party will have facing a creature.

This seems simple enough, but CR is one of the most misunderstood things when it comes to DMs building encounters in 5e. Most DMs check the character level, open up the 5e Monster Manual and find a Monster with CR matching the parties level and then complain that their players easily dealt with the encounter.

Well, what can you do about 5e’s CR being an imperfect system? You could always crank up the CR dial and hit your players with an Adult Dragon at level 5 but, if we look at this under the assumption of wanting our players to live through encounters (which we typically do), Challenge Rating takes on a whole different meaning.

How to Use Challenge Rating

Instead of thinking about 5e’s CR as how deadly an encounter is, it’s best to think of it as how draining an encounter it is. Players in 5e have a lot of resources at their disposal, so hitting them with an encounter that matches their CR is going to get progressively harder for them as they use up spell slots and hit dice.

Building encounters in 5e using CR works, but only if you remember to sap your players of their resources.

While we do think that XGtE is one of the most worthwhile investments a DM can make, this information also lives in WotC’s Unearthed Arcana: Encounter Building.

The 5E Dungeon Master’s Guide states that a regular party of 4-5 Adventurers should expect 6-8 Medium or Hard combat encounters per day, with about two short rests.

Now this may seem like a lot, but building encounters around the philosophy of taking your player’s resources away helps mitigate the two extremes that can arise otherwise:

In order to pose a challenge to players using a limited number of encounters you have to build the encounter to be potentially deadly every time. If you overshoot your encounter building, you run the risk of killing your PCs or causing your players to not have fun fighting an “unwinnable encounter”.

On the opposite end of the spectrum, if you undershoot while building your encounter, you run the risk of the encounter being too easy. This would, again, not make for a fun experience as players do not feel a sense of urgency or danger in the encounter. This is usually the main issue when DMs build encounters using D&D 5e’s CR mechanic but do not stick to the recommended number of encounters.

Tips for Building a High Number of Encounters

It is best to run a higher number of Medium to Hard encounters as it will take away the many resources players have access to like Hit Dice, high level spells, powerful abilities or magical items.

Once the players are starved of these resources, they are forced to think about each encounter more carefully and become strategic in their actions.

One thing to note about throwing a lot of encounters at your party: While the challenge level may reach a more desirable balance, it can get boring fighting hordes of the same enemies on the same terrain. Ensure that your encounters mix and match monsters, include interesting terrain, and have objectives more nuanced than “go here and kill that”.

Another big problem D&D 5e’s CR mechanic has when it comes to balancing encounters is the number of actions that are available to monsters vs players.

If you build an encounter based around one badass monster and a group of 5 PCs, the PCs could potentially have fives attacks for every one of the monsters. This is no good for building difficult, engaging encounters that stress the resources of the party.

What we would suggest is building encounters to have a slightly less buff “main opponent” with several minion type creatures. Building encounters in this way will divert the players damage dealing capabilities and allow for more of a threat of overwhelming the party.

Another way to deal with the disproportionate actions available to monsters vs players is to use Legendary and Lair Actions. These special actions are reserved for more badass monsters but can be easily homebrewed for other monster when building encounters.

4. Don’t Forget About the Environment

The environment is always important when it comes to engaging and challenging 5e encounter building. A great example of this can be seen by looking at the cannon fodder of the Monster Manual: Goblins.

Goblins alone aren’t very exciting. They are the vanilla ice cream of monsters. If you build an encounter where a bunch of Goblins ambushing your party on the open road, the encounter is going to be uninspired at best (unless you’re just starting the Lost Mines of Phandelver Adventure).

What would happen if you built an encounter in which the players were walking in a canyon and some goblin archers popped up on the ridge above while other goblins attacked from the front and back? This encounter just got a whole lot more interesting. Building encounters with enemies in which they utilize the environment to their advantage can tax player resources more heavily and make them think outside the box to overcome the encounter.

5. Switch Up Your Monsters

Mixing and matching monster types is a great thing to remember when encounter building.

If you don’t believe us, think back on one of the greatest fantasy movies ever, Lord of the Rings: The Fellowship of the Ring.

When the party alerts the Orcs to their presence in Moria, the Fellowship would have had a fine time dealing with the Orcs that rushed Balin’s Tomb. Sure there were a lot of low CR Orcs, but the Fellowship dealt with them eventually. In order to make the Fellowship feel challenged, they could have thrown more Orcs at them, but watching Aragorn cut down Orcs for an hour and a half would have become tiresome. Instead, to make things interesting, the Orcs brought in a high CR Cave Troll that, when combined with the low CR Orcs, really made our heroes use all of their resources and cunning to survive.

The same holds true when encounter building in DnD. If you throw one big baddie at your players, the action economy has the potential to be completely one sided. This can cause a monster that was meant to be a challenge to turn into a monster that gets killed in one round of Initiative.

At the opposite end of the spectrum, if you build an encounter that has a lot of low level minions, PCs could easily deal with them or become bored and frustrated if there are enough to actually overwhelm them.

How to Mix and Match Monster Types When Building Encounters

Start by looking at the level of your party members. For the sake of this exercise, let’s say they are Level 5. Instead building the encounter around one CR 5 Troll, you can throw 8ish Challenge ¼ Gobins and a Challenge 3 Bugbear Chief.

Building an encounter with a mixed bag of creatures also offers an awesome chance to use monsters to further your story or increase immersion in the environment. The Dungeon Master’s Guide offers a great Monsters by Environment table that can help you narrow down which monsters make sense to add when encounter building.

6. Switch Up the Objective

Most DnD combat ends with one side killing the other. While this certainly works in a number of scenarios but a good way to take these encounters up a notch is to make the players or NPC/Monsters have a goal that doesn’t necessarily have to end in everybody else dying.

A couple different objectives you could use for player when encounter building:

A couple different objectives you could use are for the NPC/Monsters when encounter building are:

We hope you’ve enjoyed these tips to help step up your encounter building! Keep in mind, these tips are general guidelines to engage players, challenge them to think outside of the box, and manage their resources effectively.