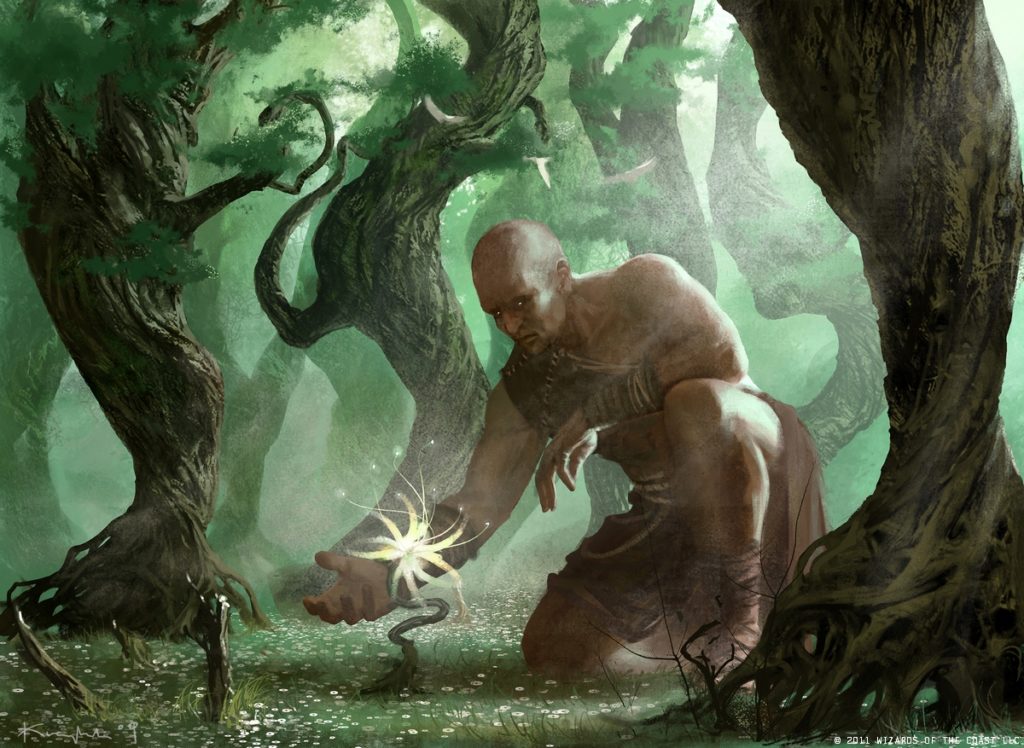 This guide is meant to give you an idea of whether or not the firbolg will be right for your 5e character build.

The color code below has been implemented to help you identify, at a glance, how good that option will be for your firbolg. This color coding isn’t a hard and fast rule; there are plenty of sub-optimized options out there that will be viable to your party and will be fun to play.

What are Firbolgs in 5e?

Firbolgs are considered the most intelligent of giant folk. They are typically calm, nature-loving creatures that prefer to spend their time in their forest sanctuary. Firbolgs have a strong, innate talent for druidic magic. This magic aids them as they tend to their forests and defend them from those who would do them harm.

Ability Score Increase: A +2 to WIS and +1 to STR certainly isn’t a stat most classes are looking for. Rangers and monks typically go for DEX alongside their WIS, whereas the STR based semi-casters like Eldritch Knight and paladin using INT and CHA respectively. WIS casters like druids and clerics find the +2 WIS bonus hard to come by, so they are going to love this class even if the STR bonus isn’t necessarily something they are looking for.

Age: Firbolgs reach adulthood at a similar age as humans (30) and the oldest among them can live up to 500.

Alignment: Neutral Good is a lot easier to fit into a character than stricter alignments.

Size: Firbolgs are on the upper limit of medium size, being 7-8 ft tall, 300lbs.

Firbolg Magic: Detect Magic and Disguise Self, especially the buffed version of disguise self are great utility spells to have in your pocket.

Hidden Step: A free invisibility spell once per day is extremely strong at low levels and still useful at higher levels.

Powerful Build: The extra carrying capacity is always nice, no downsides except being too large for fantasy rollercoasters.

Speech of Beast and Leaf: Being able to communicate with beasts and plants is a nice ability, but it is extremely limited in the fact that you cannot understand them back.

Language: Common, Elvish, and Giant are some great languages to get off the bat.

In the Monsters of the Multiverse update, firbolgs have been significantly improved by allowing them to use their abilities more often.

Firbolg Magic: Firbolg Magic is now a lot better since you can also use spell slots to cast the spells if you want to use them more than once per short rest. The spellcasting ability for these spells has also now been expanded to INT, WIS, or CHA (your choice) to allow for more flexibility when choosing a class.

Hidden Step: Firbolgs now get even more chances to turn invisible since the number of uses is now tied to proficiency bonus instead of locked into once per short rest. This means you get more uses as you level up.

Powerful Build: This is the same as the original firbolg.

Speech of Beast and Leaf: This is the same as the original firbolg.

Which 5e Classes Work With Firbolgs?

Barbarian: The +2 to WIS is going to be wasted, except for when you cast your Firbolg Magic spells. The +1 to STR and Powerful Build is nice. Being able to go invisible and cast some limited spells can improve your utility to your party.

Bard: No CHA and no DEX would be a hard choice for a bard.

Cleric: +2 to WIS is quite a rare racial bonus, and the extra spells are great. The STR will help if you are going for a heavy armor cleric build.

Druid: Firbolgs are a great choice for a druid. Their Speech of Beast and Leaf, bonus to WIS, and extra spells are extremely synergistic.

Fighter: The +2 to WIS is going to be wasted, except for when you cast your Firbolg Magic spells. The +1 to STR and Powerful Build is nice. Being able to go invisible and cast some limited spells can improve your utility to your party.

Monk: The +2 to WIS is effective, but monks really rely on DEX for all of their class abilities.

Paladin: The +2 to WIS is going to be wasted, except for when you cast your Firbolg Magic spells. The +1 to STR and Powerful Build is nice. Being able to go invisible and cast some limited spells can improve your utility to your party.

Ranger: This is a great choice for rangers, because of the racial bonuses. Most rangers prefer DEX to STR as ranged combat is their forte.

Rogue: The firbolg doesn’t have a lot for rogues outside of the Firbolg Magic and Hidden Step, and Arcane Tricksters can gain access to these spells pretty easily.