How to Run a DnD One‑Shot

One-shots are a great way to introduce new mechanics, try out classes you’ve been neglecting, or explore settings you haven’t dared venture in a longer campaign. At Arcane Eye, we’ve got all the tips when it comes to planning your very own one-shot! 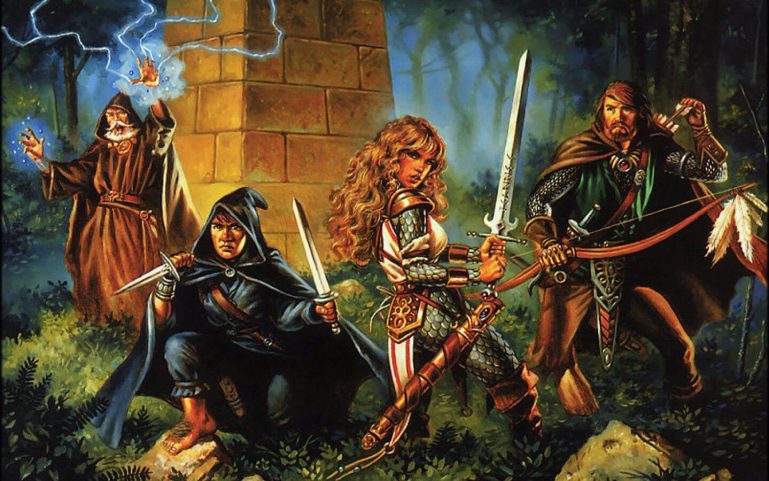 What is a One-Shot?

A one-shot DnD adventure follows the same rules of a typical DnD campaign, the only difference is that it is usually self-contained and only runs for one session. This means that you introduce a new story and characters for a predetermined amount of time with no intention of using them again in the future.

Now you may ask yourself…

Why Run a One-Shot?

You have new players – One-shots are a great way to introduce new players to the game. This is because they are typically set in a smaller ecosystem, aren’t overly complex, and have a more structured flow.

You don’t have a lot of time – One-shots require a lot less commitment than a full campaign. If everybody in your crew is busy, taking turns running one-shots is a great way to keep things fresh and take the onus off one person.

You are trying out DMing for the first time – Coming up with a deep world and campaign right off the hop is a daunting task. Like new players, new DMs can benefit from a small, contained world to find their legs in.

You are playing with a new group – It’s always a good idea to test out a new group before committing to a campaign. Some groups prefer to play DnD in different ways and a One-shot is a great way to get the feel for a new group of people.

Regardless of your reasons, planning a one-shot session for the first time may seem like a bit of a daunting task. The goal of this article is to make the process a bit simpler. With sufficient preparation, noobs, veterans, and everyone in between can have a positive DMing experience. Fear not! Let’s get into it.

Before conceptualizing a one-shot adventure, think about the skill level of your players.

If you’re planning for people who have never played DnD before, or even just one first timer is in the mix, it’s best to start characters at 2nd or 3rd level. This way, characters will have some spells and abilities that differentiate their archetypes but are easy enough to play that anyone with even a basic understanding of the rules will not feel lost.

For your new players it is also beneficial to create characters for them. It can be very overwhelming to try to understand and choose from dozens of different spells, especially for those players that love to min-max. Try to talk to each of your players briefly in advance and ask them what sort of character they might enjoy playing. This can be pretty easy even if they aren’t well versed in fantasy tropes. You can ask, for example: “Would you rather hit monsters with a big axe or shoot them with a bow?”. Hopefully your players naturally gravitate towards different archetypes. If not, just keep in mind to include some party balance for a better DnD experience (i.e. a tank and a healer).

For more experienced players, starting between levels 5 and 10 is the sweet spot. At 5th level, characters begin to get more interesting by acquiring abilities like extra attacks. This gives your players some autonomy when brewing up their characters and can lead to more unique scenarios. Additionally, characters will begin to be less squishy at these levels, reducing your chances of accidentally wiping the floor with them during a single turn.

Of course, adept players will usually want to come up with their own characters. Ask for character sheets ahead of time so you can get to know them, as there won’t be time to do this organically. This will allow you to tailor the adventure to their backstories or character strengths.

Things like balancing encounters and planning out puzzles begin to get a lot harder at level 10. Unless you are experienced running campaigns for higher level players, it is best to keep players below this level in one-shots.

Like any good story, your one-shot adventure should have a beginning, middle, and end.

At the beginning, you want to immediately outline several key details. The setting of where your characters will be adventuring is important, but don’t dwell on the specifics. After all, your goal is to get into the action as quickly as possible since you’re likely playing with some time constraints (more on this below). To aid this, it is helpful to simply tell your players where they are and where they are going instead of hoping for them to bite on a narrative hook. Likewise, the reason your players are adventuring together in a one-shot adventure is not important. A simple way is to open the session in the middle of a dialogue with a quest giver or already on the road.

Despite this, a narrative hook is important. Succinctly outline the main antagonists and protagonists, each player can briefly describe their character, and you’re off to the races.

The middle of the session will be the meat and potatoes of the adventure. This is typically where you present most of the obstacles for players to overcome like combat, skill checks, and puzzles. It’s a good idea to create a couple of extra encounters if they whizz through what you’ve prepared and have the option to cut some of your least favourite parts if the players spend too long in one area.

It may be tempting to “railroad” your entire one-shot adventure so you don’t have to invest too much time. Railroading means that no matter what the players do, the end result will exactly follow a predetermined story that the DM has cooked up. Just like a regular D&D session, allowing your players to make choices is usually more fun and lets them feel like they have agency over how the story will unfold. If your actions don’t matter, is it really even a game?

Unfortunately, due to the limited nature of a one-shot, some railroading is necessary to move the plot along. Your goal then, is to avoid the feeling of railroading where you can. There are a couple of easy solutions.

My first suggestion is, whenever there is a decision to make in the story, outline exactly two options to choose from. For example, should the players help uphold the law and bring thieves to justice, or join them to help feed their people? Using this strategy lets you maintain that magical “what if?” factor that players often discuss at the end of sessions and can make you look more prepared than you actually are.

Secondly, have several mildly fleshed out NPCs in your back pocket in case you might need them. You never know when things start to go in a direction you weren’t prepared for and someone starts looking at their watch thinking, “will we be here all night”? Introducing an NPC can help get things back on track, or even help balance out the party if the party is lacking in a certain area (looking at you healers). Having a range of unique NPCs available to you is like a swiss army knife in your DMing arsenal, you just have to be a bit creative in how you can use them and introduce them organically.

Ah you’ve done it, you’ve reached the end. The end of the story is commonly where you finish off the big bad guy (BBG), collect your reward, and ride off into the sunset. There hasn’t been much time to grow to despise the BBG, so a simple solution is to make them as generically evil and unlikable as possible. Feel free to throw a ludicrous amount of riches at your players as a reward, why not have them live in luxury for the rest of their days? This is also your last chance to resolve any kind of side plots developed by your players, so make sure you do that to leave them feeling satisfied.

Besides that, there isn’t much to say about the ending of your one-shot adventure. If you’ve managed to wrap things up (somewhat) according to plan, you’ve succeeded. Good job!

Or, you can ignore everything I’ve said so far and just create a couple dungeons and combat encounters to get through with little to no NPC interaction. Some will love you for it and some will hate you for it.

But seriously, this is a viable quick and dirty option if you just want to play some DnD without all the hassle. I always like to include at least some barebones story elements, but if you can’t be bothered for your particular session then give this a go.

A Word on Duration

Estimating a time limit and trying to stick to it is usually a good idea. For new players, this lets them get their feet wet without overwhelming them. Or, if they really just aren’t enjoying the game, they won’t have to keep playing out of politeness. The same goes for playing with a new group if you or they find that there isn’t a good fit between players.

Having a projected duration for the session will also allow you to structure the story in a way to provide a satisfying conclusion. Unlike running a regular campaign with your usual group, you most likely won’t be returning to the characters or storyline again. This typically means that character growth is put on the backburner in favour of creating a resolution to your main conflict.

However, don’t let this stop you from leaving the conclusion somewhat open ended! For example, alluding to a greater evil lurking out there than the one your players have just defeated is a great way to continue the story if you desire to do so. If your players really enjoyed the world you’ve built, you may just find yourself turning this one-off into a full fledged DnD campaign.