What Are the Tiers of Play in D&D

There are four distinct tiers of play in traditional Dungeons & Dragons games, with each having its highs and lows. This article discusses advice on running your campaign in each tier! 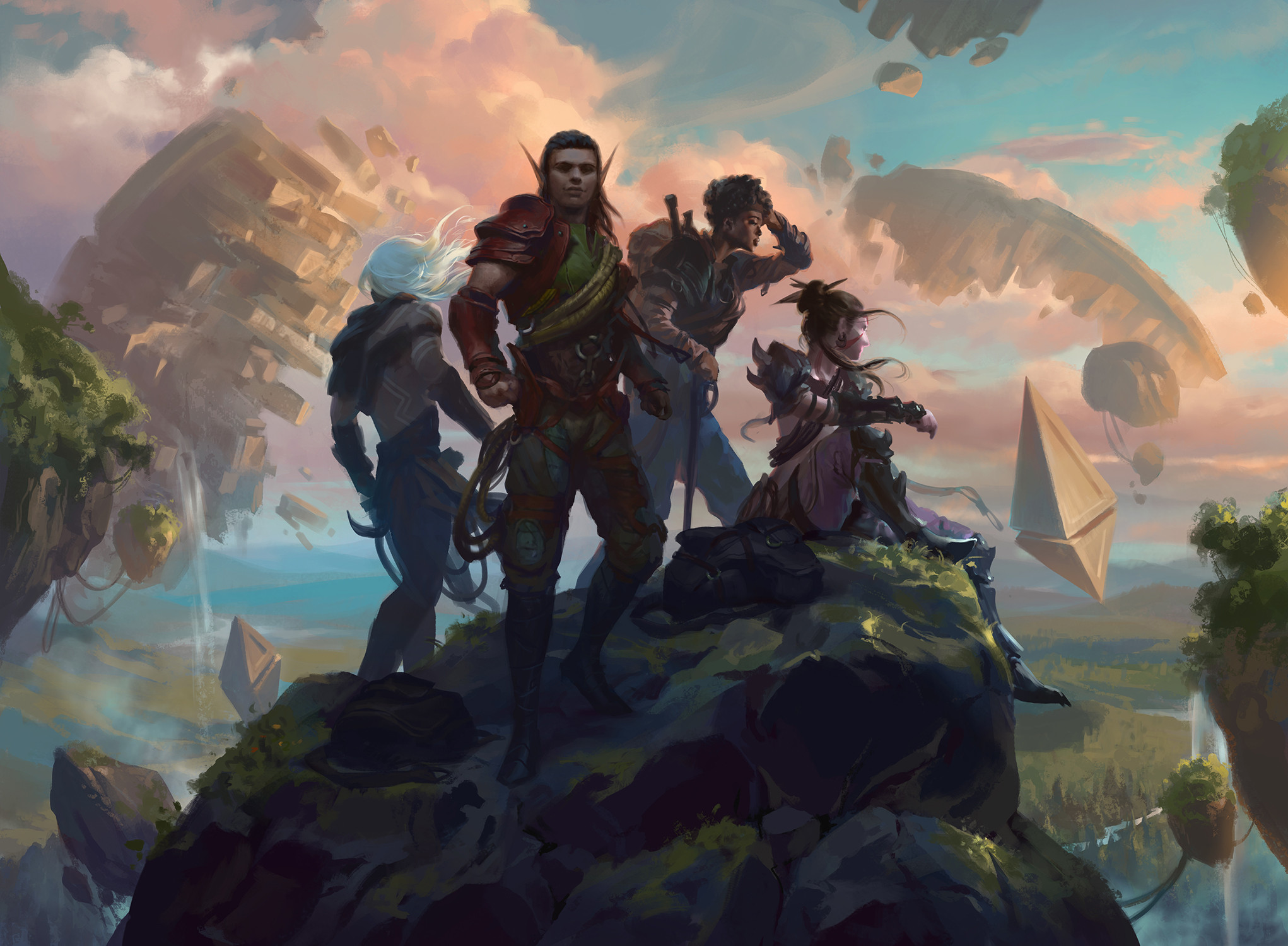 Planning Your Campaign for Each Tier

Starting a new D&D campaign is always an exciting affair. The Dungeon Master (DM) gets to flex their creativity as there are infinite possibilities on their new blank canvas. Mapping out the region, writing lore, figuring out what factions are plotting, and of course, planning how the characters will one day affect the world.

One thing that can drastically impact the player characters’ progress, and therefore the story you tell as the DM, is what level the characters will start as. In D&D 5e, there are four tiers of play:

These tiers exist because player characters don’t level up in a linear fashion. Classes get access to different features at different times so not every class will be balanced as they reach a certain level. In order to maintain balance throughout the course of a campaign, classes are balanced to advance at the same rate every couple of levels, exemplified by the tiers of play. The most clear-cut example of this is at 5th-level, some martial classes get access to their Extra Attack feature. In order to balance this, caster classes get their cantrip damage scaled up. This can result in a massive damage boost over 4th level play and can be jarring for DMs who have never made the jump from tier 1 play to tier 2 play.

Below, we outline each Tier and the pros and cons of starting your campaign in said tier.

This is the most common tier to start play in. While between the 1st and 4th level, the party is just beginning their journey. This allows you to establish the world the characters are playing within slowly. Players can start off rescuing a city from goblins and getting thanked by the mayor, rather than having to stop Tiamat from destroying the Material Plane. The downside to starting the campaign in their tier is that combat can get quite linear and boring due to a lack of resources and options.

It’s common for new groups to start at 1st-level. This allows new players to be introduced to the basics of D&D before having to level up. The biggest downside with starting at the 1st level is characters have extremely low hit points and can be killed by even the weakest monsters quite easily. Groups that are more experienced will usually start at 3rd level. This ensures that each character has received their subclass, which makes play more interesting.

Tier 2 is widely viewed as the sweet spot for D&D 5e. At this point, characters have enough resources to make encounters fun and dynamic but they don’t have access to campaign-breaking powers yet. The fact that tier 2 is the favorite child of D&D 5e is exemplified by how many of the official 5e adventures use this tier as the meat of the adventure.

The biggest issue with starting a campaign in tier 2, is that you’re kind of eating your dessert first. Tier 1 serves as a great lead-in to the campaign and allows characters to find their stride in tier 2, before they have to go save the world in tiers 3 and 4. However, starting in tier 2 could work well if you’re planning a campaign in which the characters have already made an impact on the world before the beginning of the campaign.

Because this tier is such a sweet spot, it’s suggested to start as early as possible. 5th-level is a great place to start, especially for more advanced groups, because martials have picked up their Extra Attack and casters get their first 3rd-level spell slot.

Tier 3 is an unlikely place to start a campaign because this is usually where campaigns approach their conclusion. Most of D&D 5e’s official adventures end in this tier, usually in spectacular, world-saving fashion. Campaigns that are looking to begin at this level will certainly have their work cut out for them when it comes to explaining character origins and consistently raising the stakes until the climax of the campaign.

At this point, player characters are forces to be reckoned with. Caster classes will receive 5th-level spell slots at 10th level and will have 8th-level spell slots by the end of the tier. The spells in this tier will allow players to contact other planes, manipulate the forces of nature, and dominate the mind of other creatures.

Tier 4 is where things start to unravel for D&D 5e. Characters and their enemies have access to reality-warping powers that can get really messy when stretched over a lengthy campaign. Usually, campaigns starting in this tier will be short arcs, only lasting about 20 sessions. In these campaigns, players will play as legendary heroes pitted against forces of evil that threaten the entire world (if not the entire universe).

These campaigns typically don’t focus on the mundane aspects of play, like downtime and exploration, as most characters have ways to break or trivialize those aspects of play.