If you want to feel like the Witcher, using oils on your blades to get the upper hand in combat, the Poisoner feat may be right for you. 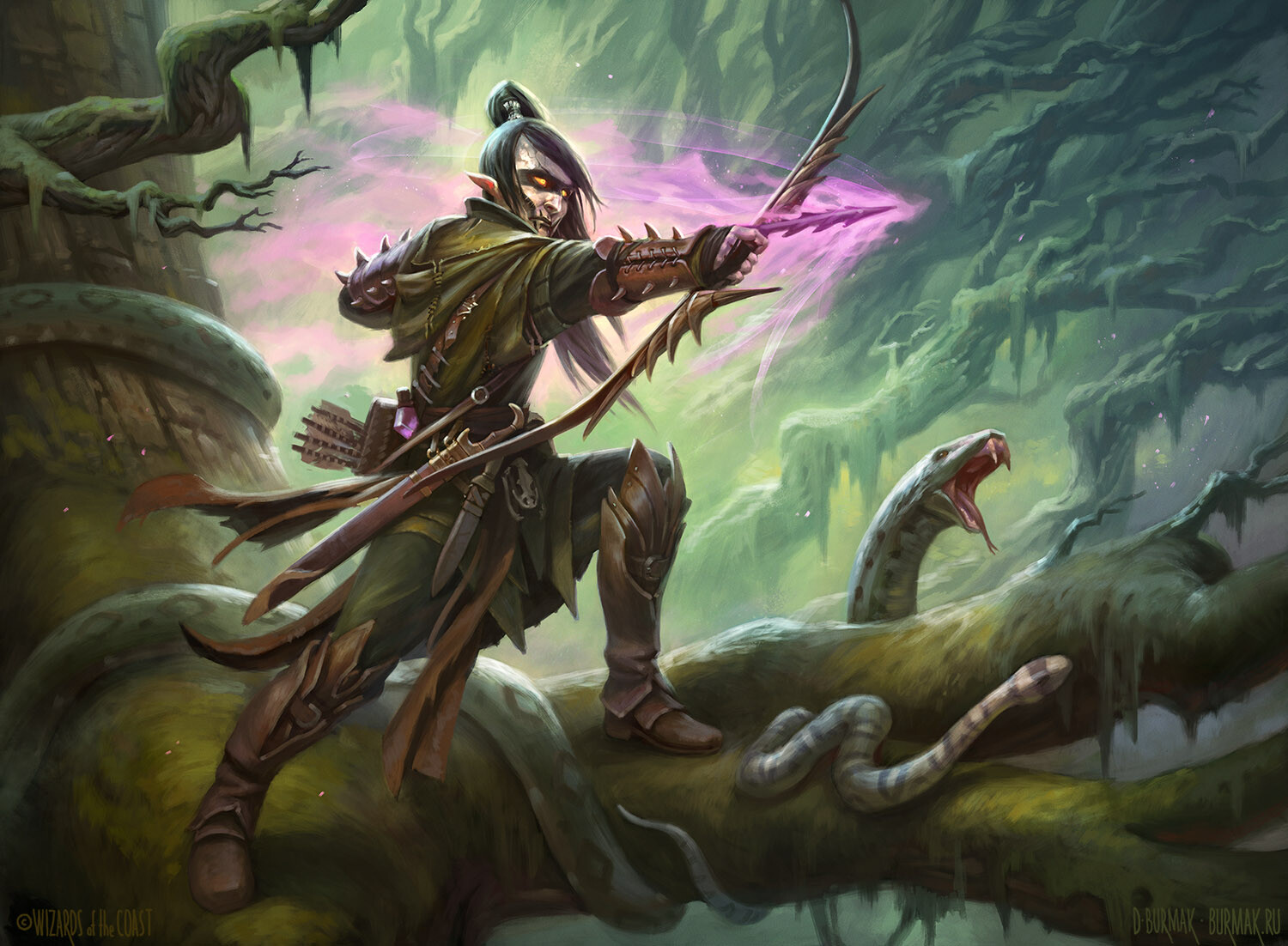 What Is Poisoner 5e?

Tasha’s Cauldron of Everything brought a slew of feats that allow players to specialize their characters and customize them more than ever before.

One of the ways that you can make your character ooze with flavor is by picking up the Poisoner feat, which allows you to add a little ‘spice’ to your life, and to the death of your enemies.

How Does Poisoner Work?

In our 5e Feats Tier List, Poisoner was given a B Tier rating, making it a niche feat that can improve some builds in D&D 5e.

An extra 2d8 poison damage is an excellent buff to martial characters who don’t have a solid use for their bonus action. The cost of 50gp really isn’t that much for characters who have spent a decent time adventuring and being able to create doses equal to your proficiency bonus is solid value for money.

Crafting has never been a large focus in 5e and this feat is a good start. When it comes to using poison in combat, ignoring poison resistance isn’t nearly as helpful as ignoring poison immunity would be, but being able to apply the poison to a weapon as a bonus action, rather than an action helps with the feat’s viability.

One thing to note is this feat also provides the ability to make poison at a much faster rate than ever before. For reference, in the PHB, it states that it would take 20 days to craft a single vial of basic poison. In comparison, this feat allows you to create your proficiency bonus worth of vials in an hour.

Unfortunately, this feat has a couple extremely limiting factors that impact its viability. First, the poison only lasts for a minute once applied to a weapon, which means it pretty much has be exclusively used in combat. Second and much more of an issue is the DC for the CON saving throw is quite low and doesn’t doesn’t even do half damage on a successful save.

The Poisoner feat may mention the Poisoned condition, but you’ll need to look deeper into the Player’s Handbook to find the actual status effect.

A poisoned creature has disadvantage on all attack rolls and ability checks. Inflicting poison on tough foe is really good in a combat situation, but it can also make a difference in non-combat scenarios. You really don’t want to be Poisoned if you need to make a series of difficult climbing or swimming checks out in the dangerous wilderness.

Which 5e Classes Make the Most of Poisoner?

The color code below has been implemented to help you identify, at a glance, how good the Poisoner 5e feat is for a specific class/subclass.

Poisoner is best on builds that:

Artificer: This feat works well with the artificer's tinkering nature and synergizes really well for the Alchemist subclass. Even if your artificer won't be using the poison in combat, you could always give it to your martial party members.

Barbarian: Once raging, barbarians don't have much use for their bonus action outside of two-weapon fighting. Having access to an extra 2d8 poison damage on your attacks is a great way to stretch your damage and the poisoned condition is an excellent debuff. Unfortunately, the low DC for the save makes this less impactful the higher level you get.

Bard: Some bards who want to lean into a rogue archetype might like this. However, they will only benefit from poisoning weapons and ammo, as they don’t know any poison spells innately. The biggest factor that gets in the way of melee bard's use of Poisoner is Bardic Inspiration, which also takes a bonus action and can be more impactful than effect of this feat.

Cleric: Clerics should be skipping this feat entirely. Melee clerics have better feats to pick up, and supporting clerics would rather use their damaging cantrips or buffs.

Druid: No druid wants this feat. It doesn’t work for spellcasting druids because they only have access to one poison cantrip, and melee druids are usually in Wild Shape.

Fighter: Fighters don't have much use for their bonus action outside of two-weapon fighting. Having access to an extra 2d8 poison damage on your attacks is a great way to stretch your damage and the poisoned condition is an excellent debuff. Unfortunately, the low DC for the save makes this less impactful the higher level you get. Obviously, something like Great Weapon Master or Polearm Master would be much stronger, but this can be fun, especially in the lower levels.

Monk: Monks won’t benefit from this at all, outside of flavor. Also, they can’t wipe poison on their hands

Paladin: Skip. Paladins have too many other resources, like smites and spells, that will take up their bonus actions. Plus, there are a plethora of better feats for them to choose from that synergize with their gameplay.

Ranger: Rangers who want to act like rogues can pick this up. Since it works for melee and ranged, it blends well with the ranger hybrid style. Obviously, this will compete with hunter's mark for your bonus action slot. But, once hunter's mark is set up, it can be a valuable source of extra damage and debuff.

Rogue: This is the best way to get reliable access to poisons, something that any assassin-type character would like to have. This feat also allows you to make much cheaper and more effective poisons than other poisons you might find in the world. While the feat does ignore resistance to poison, there are many creatures that are simply immune to poison, rendering poison one of the worse damage types in 5e. In addition, a DC 14 CON save is overcome quite easily, especially at higher levels. The bonus action to apply the poison may also conflict with your Cunning Action. Overall, this is a cool synergy for rogues, but won't be the most impactful feat.

Sorcerer: Nothing in the sorcerer kit would make this feat worth getting at all. They get a few poison spells, but they aren’t as good as their other spells.

Warlock: Nothing in the warlock subclasses meshes well. Hexblades who don’t want to multiclass to paladin for a smite can use this, but that's the best use case.

Wizard: Most wizards should skip this feat. They do get access to the most poison spells available, but none of the subclasses offer any synergy.

How can you make poison in 5e?

Per the original rules, each day of downtime you spend crafting only allows you to create a total value of 5gp. This means if you were to make a basic poison would cost you 20 full days of nothing but crafting and 50gp (because the crafting cost is half market value). With this feat, the ability to make poison is incredibly cheaper, and not to mention faster. You should also speak to your dungeon master about learning to craft more potent poisons as the game goes on.

Poison-makers are iconic in fantasy settings like D&D, and the poisoner feat is no different. This feat is dripping with flavor, but that’s it. Min-maxers won’t like this feat, and most classes won’t benefit from it, but it does add a lot of personality to a character.

What are your thoughts on the Poisoner feat in 5e? Do you wish it did more or added more poisons to make? Let us know how you feel in the comments.