Tasha’s Cauldron of Everything Announcement

“What wonderful witchery is this?” Tasha’s Cauldron of Everything features a ton of expanded content for the world’s greatest roleplaying game. 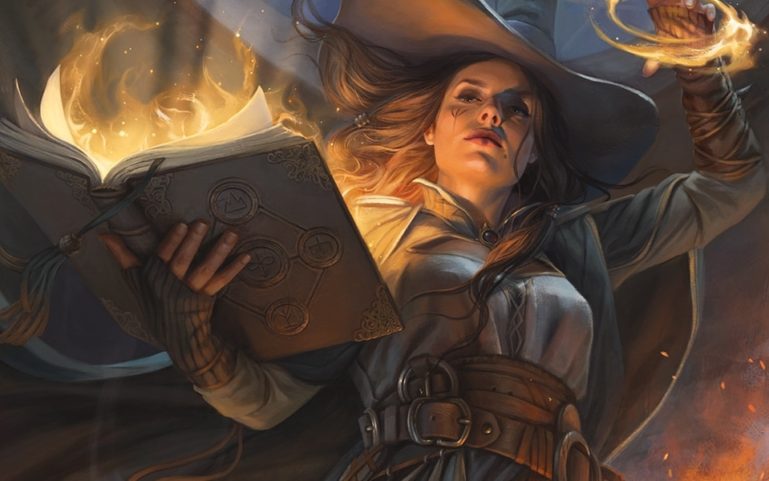 It’s official! Wizards of the Coast announced today that their newest book, Tasha’s Cauldron of Everything (TCoE), will be a rule expansion similar to Xanathar’s Guide to Everything. This 192-page expansion will include:

Try out subclass options for every Dungeons & Dragons class, including the artificer, which appears in the book.

As with XGtE, the previous 5e expansion, WotC released a ton of Unearthed Arcana (UA) material in order to playtest the new classes that were going to be added to TCoE.

To check out these UA editions, see the below links:

At this point, we can only speculate what subclasses will have made the cut but it looks like we will be getting some additional Artificer subclass options. This is the first time this class has been expanded since its release in Eberron: Rising from the Last War (2019). The only UA that included a new Artificer Subclass, “the Armorer”, was Part 3 so it certainly seems like this will be making an appearance in TCoE.

There is also confirmation from Jeremy Crawford that the Aberrant Mind sorcerer subclass (the highest rated UA content ever) will be included.

Delve into a collection of new class features and new feats, and customize your character’s origin using straightforward rules for modifying a character’s racial traits.

This section is extremely exciting as it appears as though we will be getting a published version of the UA “Class Feature Variants”.

In a nutshell, these variants replace or enhance the normal features of your character’s class. For example; using this system you could choose to take Survival Instincts (a new class feature introduced in the UA) instead of taking the Barbarian’s Danger Sense at 2nd level. This is awesome because it gives players a less linear, more autonomous direction over their character.

This also means that we will likely be seeing the infamous UA Revised Ranger becoming published which is long, long overdue.

The mention of “modifying a character’s racial traits” likely involves the system that was discussed in the June 17th Instagram post made by @dndwizards. This system, known as “The Lineage System” will allow players to break out of racial stereotypes and further customize their character traits to reflect the character’s life and experiences.

TCoE will also publish the errata made to the Volo’s Guide to Monsters, which saw the negative racial modifiers that were applied to some player classes.

Whether you’re part of the same criminal syndicate or working for an ancient dragon, each group patron option comes with its own perks and types of assignments.

This is actually the second piece of Eberron: Rising from the Last War that will be reprinted into TCoE. In Eberron, the group patrons content provided the following:

We are likely to see an expanded list of Patrons than the ones provided in Eberron, as the Wizards release mentions ancient dragons and crime syndicates. Neither of which were available in the Eberron source setting book.

Discover more spells, as well as magic tattoos, artifacts, and other magic items for your campaign.

What would a D&D expansion be with more spells and magic items? We saw a UA go out on March 26th, 2020 that covered some new spells and the system for Magic Tattoos. You can check it out here.

I really like the system for magic tattoos. One of the things that 5th Edition lacks over the previous systems was character customizability through equipment. I think the magical effects that can be easily added to a character are an awesome choice for the TCoE rules expansion.

Try out rules for sidekicks, supernatural environments, natural hazards, and parleying with monsters, and gain guidance on running a session zero.

As you might have been able to tell from our Xanathar’s Guide to Everything Review, we geek out for rules expansions. Out of the options above, I am most excited about the parleying with monsters rules because I feel like “talking your way out of a situation” is very lacking in 5th edition, usually relying on a straight up and down Charisma check.

I am also really excited to see the Session Zero advice on here. We believe that Session Zeros are extremely important in establishing a solid foundation in a campaign. To learn more about Session Zeros, check out our guest post over at Awesome Dice.

It was confirmed by Jeremey Crawford in the press conference that there will be a new system introduced that will allow you to create custom sidekicks, as well as 3 new Sidekick classes, the Warrior, Expert, and Spellcaster. These classes will offer a “slimmed down” experience that will be useful for new players, or players that want to tone down the complexity.

A plethora of puzzles

Ready to be dropped into any D&D adventure, puzzles of varied difficulty await your adventurers, complete with traps and guidance on using the puzzles in a campaign.

Xanathar’s Guide to Everything had a great section on traps, establishing the difference between simple and complex traps and providing a number of examples of both.

I would be super stoked to see this come back in puzzle form in TCoE. Being puzzle connoisseurs ourselves, we wrote a Guide on Running Puzzles in D&D. Hopefully, the writers of TCoE read our 3 Laws of Puzzle Making.

Tasha’s Cauldron of Everything releases on November 17, 2020

It seems like TCoE will hugely up the options players have for their characters. Personally, I am super excited to get my hands on it! You can preorder now at your local game store, bookstores such as Barnes & Noble, or online at retailers like Amazon.