What Exactly Are Hit Dice in 5e?

When Dungeons & Dragons 5th Edition was released, Wizards of the Coast brought back Hit Dice. Hit Dice were originally scrapped in favor of level-based hit points determined by your class, but ultimately reintroduced to recapture the more classic feel of older editions of D&D.

Today we’re going to cover not only how they work in D&D, but how we can use this simple mechanic to our advantage. 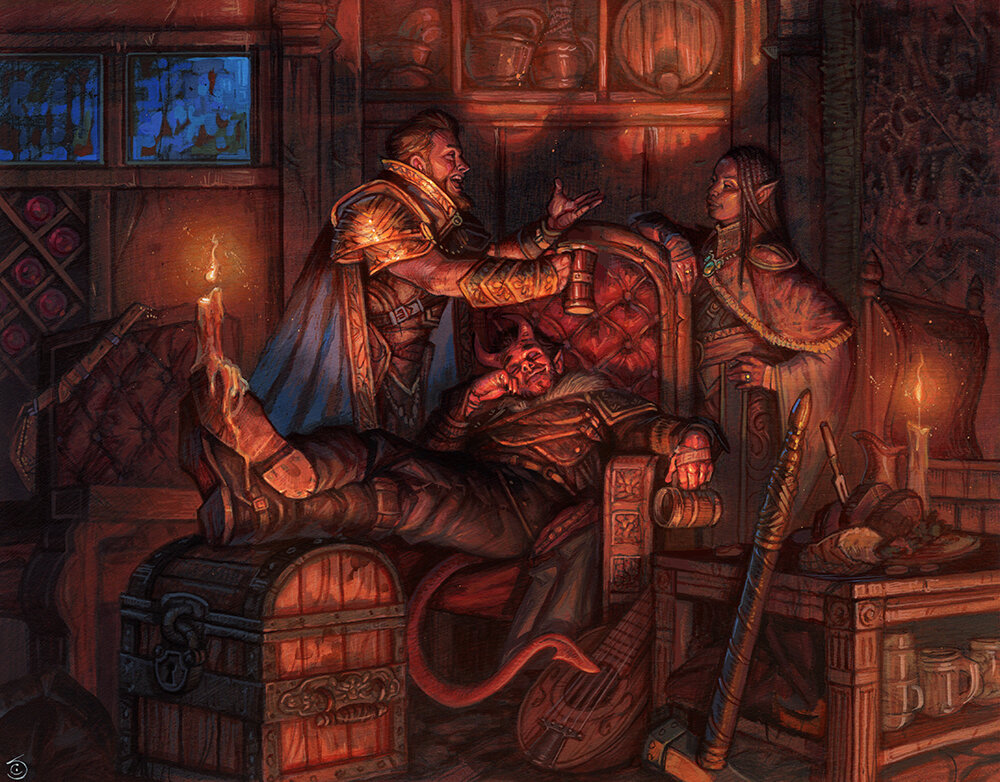 What is a Hit Die?

Almost every edition of D&D has included Hit Dice. The exception to this is 4th Edition, which changed a lot of the fundamentals of the game, for better or for worse.

In practice, Hit Dice in 5e are used to determine how many hit points a character or monster has. For example, a goblin has 2d6 hit points. This means that it could have anywhere from 2 to 12 hit points, depending on how you roll. Of course, you could also just use the average roll denoted in the stat block for all of your goblins, in this case 7.

When it comes to player characters, each character is given a set amount of a specific die, depending on their class, equal to their level in that class. Players can expend Hit Dice during a short rest to regain some hit points, regaining some after a long rest.

How do Hit Dice Work 5e?

Whenever a player gains a level in a class, they are given a Hit Die for that particular class. If your character is multiclassing, you will have different Hit Dice for each class that your character has levels in.

Players can choose to do this as many times as they want until they run out of Hit Dice or are at their maximum hit points. However, these Hit Dice are spent and cannot be regained until a long rest.

Once a character has finished a long rest, they regain half of their expended Hit Dice, rounded up.

It’s important to clarify that Hit Dice are only restored after a long rest is completed and that long rests may only be taken every 24 hours. This ensures that long rests and the Hit Dice mechanic can’t be abused by players.

Hit Dice in Dungeons and Dragons vary depending on the class. Melee fighters typically have a larger Hit Die, while pure casters find themselves on the lower end.

Bard’s Song of Rest – If you have a Bard in the party, friendly creatures that are within earshot can regain an extra 1d6 when they use one or more Hit Dice during a short rest. This 1d6 will increase as the bard’s level increases, up to 1d12 at 17th level.

Dwarven Fortitude – The hardy dwarf race has an exclusive feat that allows them to use one Hit Die to heal themselves if they perform the Dodge action in combat.

Durable – This half-feat not only adds to your Constitution, but it also changes the minimum amount you can heal from spending a Hit Die. Instead of 1, the lowest amount of hit points you can regain is equal to twice your Constitution modifier. Assuming you have at least 12 in Constitution, you will always regain at least 2 hit points, making the Hit Dice a lot more consistent.

Aberrant Dragonmark – Those who are playing in Eberron campaigns can utilize the Aberrant Dragonmark feat to spend Hit Dice in a new way. Characters that have this feat can expend one Hit Die when they cast the 1st-level spell through the dragonmark. If an even number is rolled, the character gains temporary hit points equal to the roll. However, if an odd number is rolled, another creature within 30ft (or the caster if nobody else is within range) will take that much force damage.

Note that there is also an optional rule for Aberrant powers that can cause a player to gain a boon or lose a hit die permanently. Speak to your DM about this feature if you’re curious.

Imprisonment – There aren’t any spells that affect how Hit Dice work, but Imprisonment’s casting cost is affected by how many Hit Dice the target has. The way Hit Dice work for monsters is discussed more in the next section. Imprisonment is a 9th-level spell that magically restrains a target. However, the material component spent to cast the spell must be worth 500 gp per Hit Die of the target. This means that you might be spending a lot of money casting this spell.

Living Armor – Another Eberron classic, this cursed magical item feeds on the Hit Dice of its host to survive. After a long rest, you must either feed it half of your remaining Hit Dice or take a level of exhaustion.

Piercer – A strange magical item from Acquisitions Incorporated, this item allows a character to always regain the maximum amount of hit points for each Hit Die spent. However, that character must eat twice as much food as normal to prevent exhaustion.

Can an unconscious character use Hit Dice to wake up?

If you have dropped to 0 hit points but have stabilized (meaning you aren’t making death saving throws), you can use your Hit Dice after 1 hour as long as you have some available. The rule that states a stable unconscious creature heals to 1 after 1d4 hours is for when they don’t have any Hit Dice available. This has been confirmed by Jeremy Crawford.

Yes. The only rules regarding how resting works are found in PHB p. 186. There is no special mechanic for how monsters heal themselves (unless noted in their stat block). Monsters, like characters, can expend Hit Dice after a 1 hour rest without any strenuous activity. They also regain all of their features, hit points, and half of their hit dice after long rests.

What’s the point of Hit Dice for monsters?

The hit dice of a monster is determined by that monster’s size:

Players will almost always deal more damage than monsters, and monsters will always have way more hit points than players. When you’re creating custom monsters for your combat encounters, you should feel free to add or subtract any number of Hit Dice to make the enemy easier or harder to defeat.

Hit Dice may not be a unique feature to 5th edition Dungeons and Dragons, but they are an important one. Built upon the mechanics of older editions and paired with new ways to use them, Hit Dice are an extremely important resource for players to manage.

Because each Dungeon Master runs their games differently, the importance of Hit Dice varies wildly from campaign to campaign. If your DM is more fond of providing characters an opportunity to long rest between encounters, Hit Dice will fall to the wayside in terms of mechanical importance. Regardless, it’s important to have a solid grasp on what they are and how to use them so that you’re never caught unprepared during a short rest.