Stoic and implacable, astral elves can channel the celestial energies of Wildspace after living near-immortal lives in the Astral Plane. 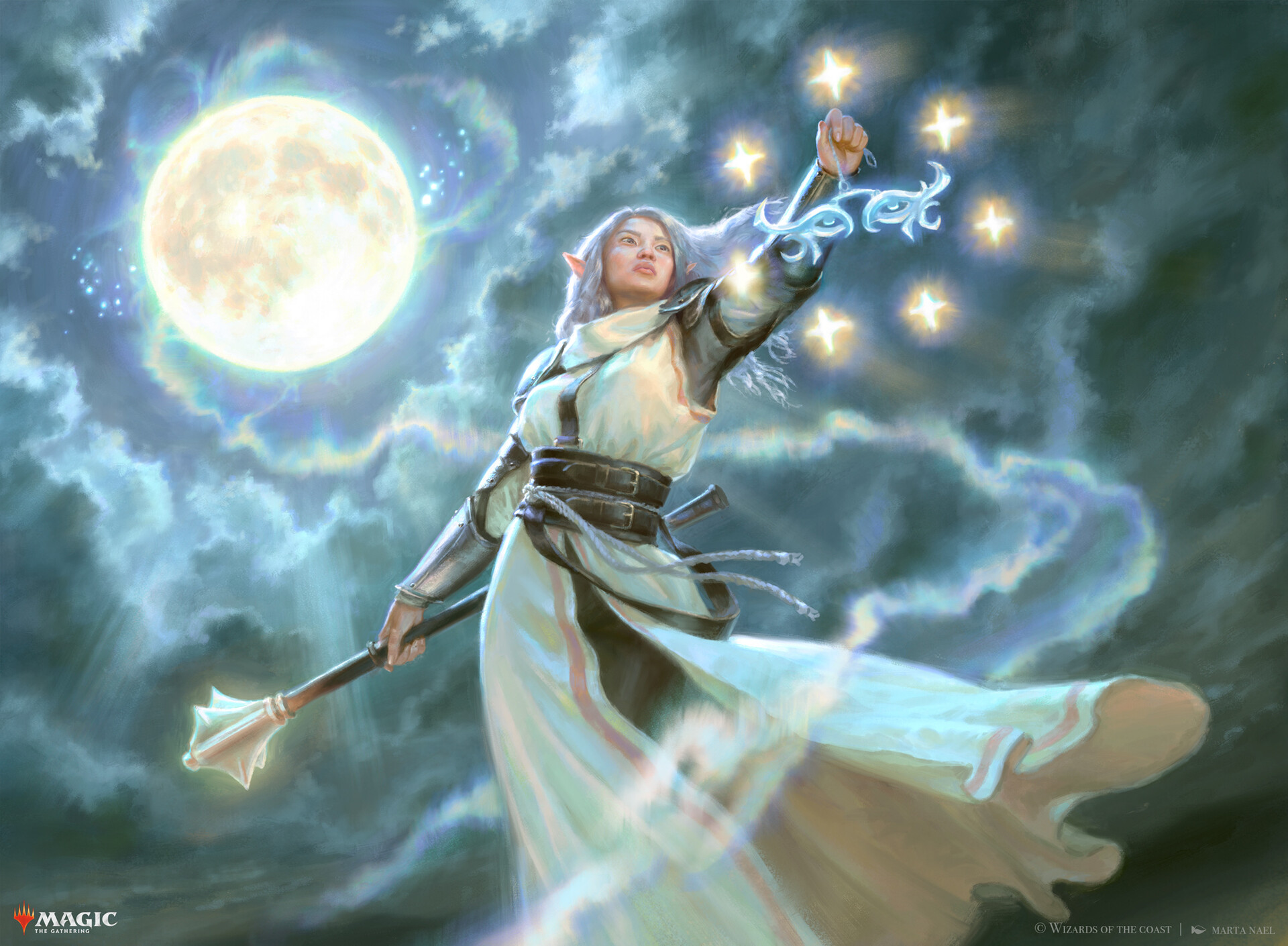 This guide is meant to give you an idea of whether or not the astral elf will be right for your 5e character build.

The color code below has been implemented to help you identify, at a glance, how good that option will be for your astral elf. This color coding isn’t a hard and fast rule; there are plenty of sub-optimized options out there that will be viable to your party and will be fun to play.

What are Astral Elves in 5e?

They have similar traits to the other elvish brethen, but their time in the Astral Plane has brought the astral elves closer to their gods, imbuing them with celestial magic that they can channel into offensive attacks or defensive maneuvers.

Size: Medium is the default creature type for playable races.

Speed: 30 feet is a standard walking speed for playable races.

Fey Ancestry: Advantage against being charmed will come in handy quite often as the charmed effect is relatively common.

Astral Fire: Sacred flame will likely be the most common choice when compared the other options of light and dancing lights. This cantrip does a decent 1d8 radiant damage but targets DEX saving throws, which means its an effective alternative against beefy creatures that have a high AC but low DEX. You also get to choose between CHA, INT, or WIS as your spellcasting modifier here, making it effective for any spellcasting class.

Starlight Step: Free misty step multiple times per day. Even though this doesn’t have a rider effect like the eladrin’s Fey Step, it’s still an ability that every build has a use for. You can use this to escape grapples, move further in a turn without having to Dash, and navigate the battlefield without invoking opportunity attacks.

Astral Trance: Magic can’t put you to sleep, you only need to sleep for 4 hours, and you gain a free skill, weapon, or tool proficiency when you end your trance. Most of the time, you’ll be using this ability to pick up a skill proficiency in either Stealth or a social skill, but you can customize each day depending on what you think you’ll be facing. In terms of weapon proficiencies, one may think that this could open up unique build opportunities, but most builds have access to their most optimized weapons already. The biggest impact this could provide would be giving rogues a heavy crossbow which, when used with Sharpshooter, can make a deadly combination.

To make the most of sacred flame provided by Astral Fire, you’ll want to be stacked into CHA, INT, or WIS, though you can still make do picking up light or dancing lights. The other astral elf abilities are applicable for any class.

Artificer: Sacred flame and misty step are both great spells to add to your repertoire, as is the extra skill/tool proficiency.

Barbarian: You likely won't have the CHA, INT, or WIS necessary to roll with sacred flame, but free castings of misty step can be indispensable for maneuvering the battlefield. While an astral elf barbarian may be not the most thematic, the Fey Ancestry and Astral Trance features are relatively large buffs to an otherwise prominent barbarian weakness. This will make it tougher to turn your barbarian against the party using spells like dominate person.

Bard: Sacred flame and misty step are both great spells to add to your repertoire, as is the extra skill/tool proficiency.

Cleric: Getting an extra cleric cantrip isn't the end of the world, though there aren't many choices and sacred flame is easily the best cleric cantrip damage option. Misty step will be extremely useful, as will the proficiency in Perception and free daily skill/tool proficiency.

Fighter: Unless you're an Eldritch Knight, you likely won't have the CHA, INT, or WIS necessary to roll with sacred flame, but free castings of misty step can be indispensable for maneuvering the battlefield. The additional abilities, like proficiency in Perception, advantage against charmed, can't be put to sleep with magic, are also welcome additions.

Monk: Your high WIS makes sacred flame an option and gives your monk an effective ranged option. When combined with additional mobility granted from starlight step, this makes astral elves an effective base for monks.

Paladin: Because of your high CHA, sacred flame offers an effective ranged option. The mobility offered by Starlight Step will allow you to navigate the battlefield and get to where your smites can make the biggest difference.

Ranger: While you're not hurting for ranged options, your high WIS and sacred flame can make for a useful damage alternative when going up against high AC creatures. Misty step can help you get out of melee range if you're focusing on ranged combat, and can help you close in on enemies if you're a melee ranger. If that wasn't enough, free proficiency in Perception and the ability to choose another skill/tool proficiency per long rest can help your ranger excel in all kinds of scenarios.

Rogue: Rogue's typically only need to stack into DEX, which can leave some resources to get CHA or WIS to a reasonable level and pick up sacred flame. The real benefit here is Starlight Step, which can help you navigate the battlefield, sneak more effectively, and get out of sight. This, combined with the free Perception proficiency and floating skill/tool proficiency with Astral Trance makes for a solid base for any rogue. Leaving Astral Trance open to choose a tool or skill you think will benefit you the most in the day is likely the best case scenario, but you could pick up a proficiency with a heavy crossbow if you're looking to output maximum ranged damage.

Sorcerer: Sacred flame is an effective alterative for fire bolt and the free castings of misty step via Starlight Step means you don't have to devote a precious learned spell towards picking it up. On top of this, you get a proficiency in Perception, which you normally wouldn't as a sorcerer, a floating skill/tool proficiency, advantage against charmed, and you can't be put to sleep with magic. All in all, pretty effective start for a sorcerer.

Warlock: Sacred flame isn't going to get much use when you have access to eldritch blast but the free castings of misty step via Starlight Step means you don't have to devote precious spell slots to getting out of trouble. On top of this, you get a proficiency in Perception, which you normally wouldn't as a warlock, a floating skill/tool proficiency, advantage against charmed, and you can't be put to sleep with magic.

Wizard: Sacred flame is an effective alterative for fire bolt and the free castings of misty step via Starlight Step means you can spend your ample spell resources elsewhere. On top of this, you get a proficiency in Perception, which you normally wouldn't as a wizard, a floating skill/tool proficiency, advantage against charmed, and you can't be put to sleep with magic. Finally, because you only have to trance for 4 hours, you can cast spells like mage armor, contingency, or seeming while your party is sleeping and short rest to recharge your spell slots.