Choose Your Own Path in Eldermancy’s Sunken Isles

When playing D&D, there are few things more important than player choice. Lucky for you, Sunken Isles’ core mechanic is focused on giving players meaningful choices at every turn.

This post is sponsored by Ghostfire Gaming. You can check out their premium TTRPG products at ghostfiregaming.com. 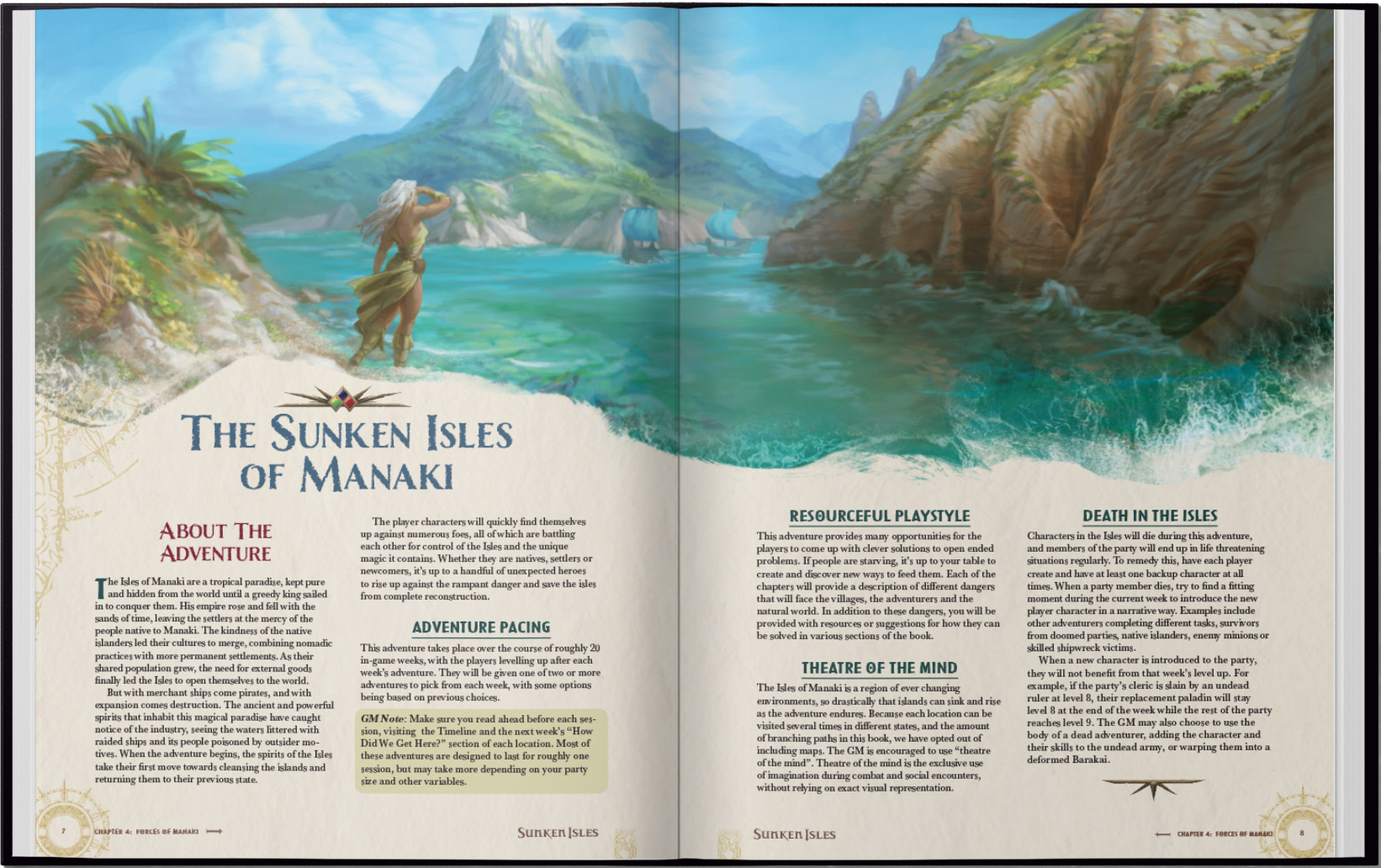 What is Sunken Isles?

Sunken Isles is an adventure setting for the 5e system developed by Eldermancy in partnership with Ghost Fire Gaming. We have provided a general overview of what will be included in Sunken Isles in a previous article. Today, we’re going to discuss one of Sunken Isles’ more interesting aspects: modular adventures that are impacted by the party’s choices and performance.

The adventure in Sunken Isles gives the party 20 weeks to save the isles from utter destruction. The tasks set out for the party each week can be accomplished in one session, though some weeks may take multiple sessions. At the end of each week, characters will level up, but the forces they face also grow in strength.

One of the most unique aspects of Sunken Isles is that it gives the party the ability to choose between multiple adventure paths each week, each of which will have their own rewards and consequences. Once a path is chosen, the story adapts depending on which route the party takes and their successes or failures. This unique adventure structure provides players with a great deal of player agency: they can choose to take on deadly foes themselves, or focus their attention on saving the citizens of the isles and recruiting them for a climactic battle. 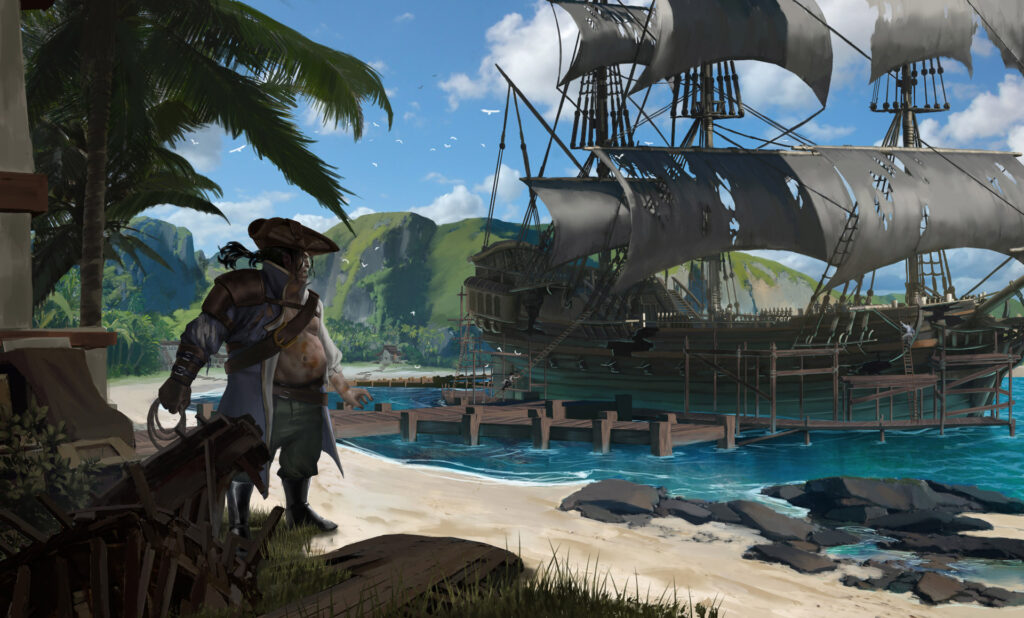 Each week the party will be offered two or three adventure hooks. The path they choose provides ways to increase their strength, whether by allies or magic items. Choosing to embark on a particular quest means that the people and locations they neglect suffer in their absence.

To get a clear look into how these consequences might coalesce, here’s an example from the book. During Week 7, the party is given the option to refuel one of two lighthouses, either to the east or west. There are different encounters depending on the path taken, and the one players fail to visit gets destroyed by enemy forces. Alternatively, the party can investigate rumors of a lost weapon shipment OR ancient island magic, both of which lead to an archipelago full of dinosaurs. Taking this hook means that both of the lighthouses would be destroyed.

How the Enemies Evolve

Certain paths aren’t closed off when the party decides to follow another hook. Instead, the difficulty of the path increases due to the mustering of enemy forces. Sunken Isles uses a mix of new, stronger enemies and an increased number of weaker enemies to bolster a path’s difficulty.

In Sunken Isles, one of the main challenges facing your party is a legion of eldritch angels called Ecliptics. This villainous faction is able to repurpose the life force of their victims, allowing them to grow their ranks week after week.

Furthermore, there are multiple factions all seeking the destruction of the Isles of Manaki, so putting an end to powerful enemies early in the adventure might actually result in their power being stolen by a different enemy. 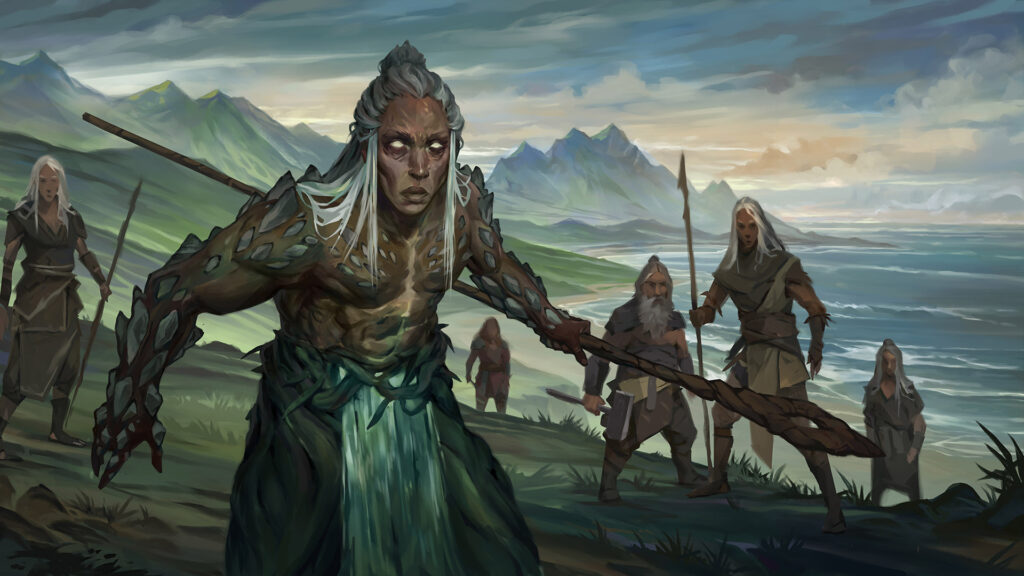 Sunken Isles is meant to test the limits of the players and their characters. It is very possible that characters will die due to the nature of the threats they face. Because of this, it’s suggested for players to always have a backup character and a way to introduce that character in the middle of a session.

Seeing as one of the factions you’ll be battling has the ability to resurrect its victims, there’s a chance you may be seeing your fallen characters again if they were to fall in battle against the Ecliptics.

Player choice is one of the most important aspects of providing a satisfying gaming experience in Dungeons & Dragons. Sunken Isles does an amazing job of providing meaningful choices by giving the party an overarching goal, to save the islands, but also allowing the party to choose exactly how they go about doing it.

Will you attack the enemy factions one at a time? Or will you bide your time and build your army to face them in one climactic final battle? In Sunken Isles, the choice is yours.